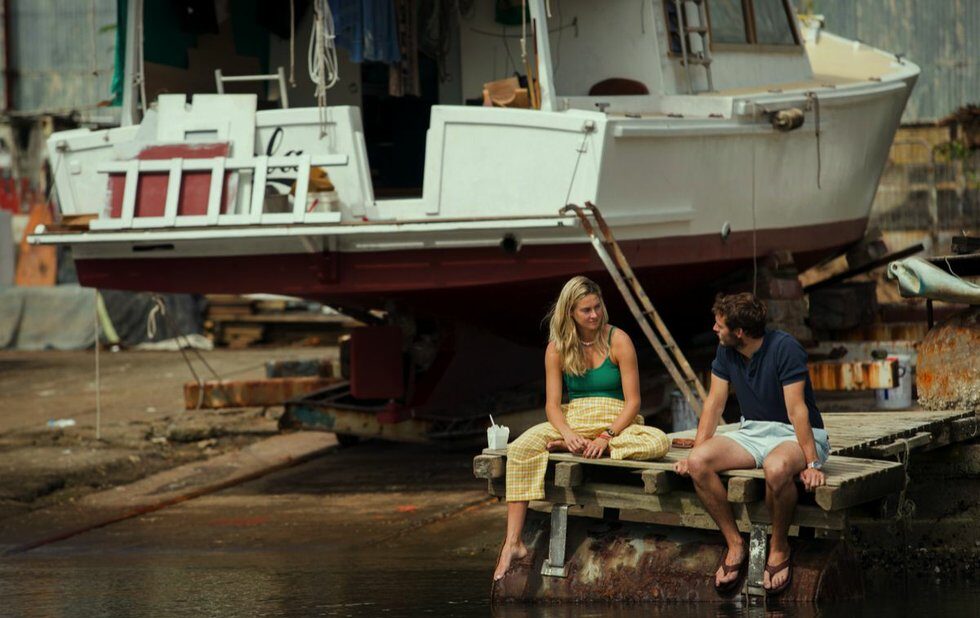 Adrift is a survival story told from the perspective of Tami Oldham, a young woman who in 1983 spent 41 days lost at sea after she and fiancé Richard Sharp were caught in Hurricane Raymond.

Cutting between the aftermath of the storm and the rosier path of Oldham and Sharp’s courtship, Kormákur – whose 2012 drama The Deep told another true story of impossible nautical survival – and his screenwriters take some very big liberties with the truth, mostly in the name of externalizing Oldham’s very internal drama. And if that sounds vague, well, it has to be – but either the movie will work for you or it won’t, and it worked for me. Or, more specifically, the actors made it work.

Shailene Woodley holds the screen effortlessly as Oldham, contrasting her sunny optimism in the flashbacks with desperation and determination post-hurricane, while Sam Claflin (Me Before You, Their Finest) brings an earnest, clear-eyed authenticity to Sharp, giving weight to a role that requires him to be immobile for half of his screen time.

Meanwhile, cinematographer Robert Richardson – shooting in an observational, on-the-fly style that’s nothing like his flashier work for Oliver Stone and Quentin Tarantino – does his best to make the green-screen stunt sequences look like they were filmed on the open sea.

With a little goodwill from the audience, he mostly pulls it off. You could say the same thing about the movie.