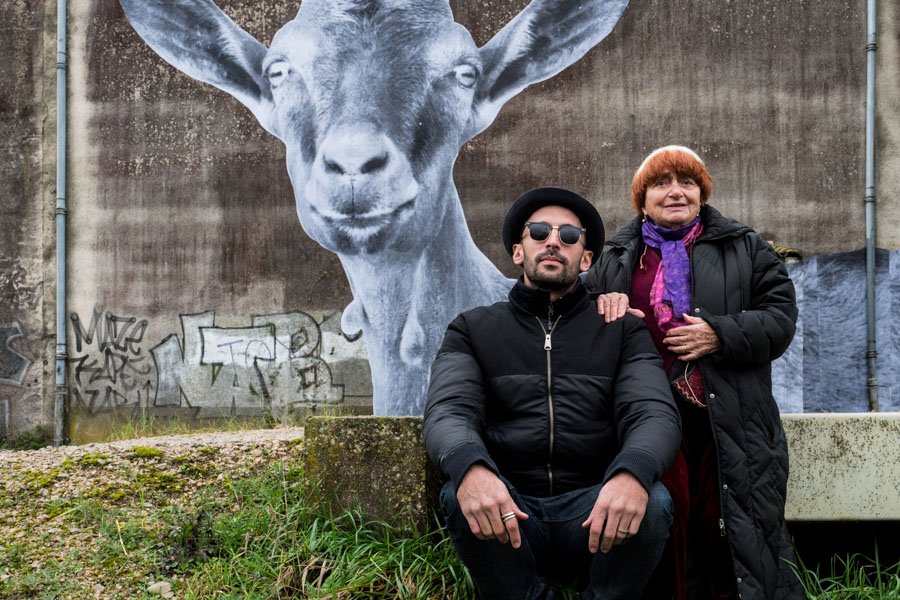 French New Wave filmmaker Agnes Varda heads out on a road trip across rural France with street artist JR to take photos of villagers, blow them up and paste them on the sides of buildings. Its a deceptively simple set-up that lends itself to both accessible entertainment and profound contemplation.

These intergenerational friends and artistic collaborators have an instant and easy chemistry, which they establish in a charming opening sequence showing them almost crossing paths at a bus stop, dance club and bakery.

Soon they are driving through the French countryside in a van JR has transformed into a mobile photo booth. The first stop is a former mining town to meet an elderly woman who is the last resident in an old housing development for miners and their families. The overwhelming emotional reaction she has to seeing her portrait pasted on the side of her house will have you reaching for a tissue and this is barely 20 minutes in.

It quickly becomes apparent that their focus is unsung labourers in tiny villages each subsequent artistic intervention brings out so much rich detail, history and comedy. The pair love to spar, and several sequences take the tone of a classic French comedy of manners.

So many films try to tackle the dire state of global capitalism, but its hard to think of another thats done it this incisively with so much warmth and humanism. When Varda and JR turn their attention inward, visiting family members and paying tribute to fallen friends and classic French cinema, Faces Places becomes a meditation on art and a bittersweet look back at the 89-year-old filmmakers life.

It also has a brilliant ending that takes Vardas interventionist elan in a deeply personal direction she doesnt seem to anticipate.