Unnecessary film is too long, too busy and features a weird, problematic Will Smith performance 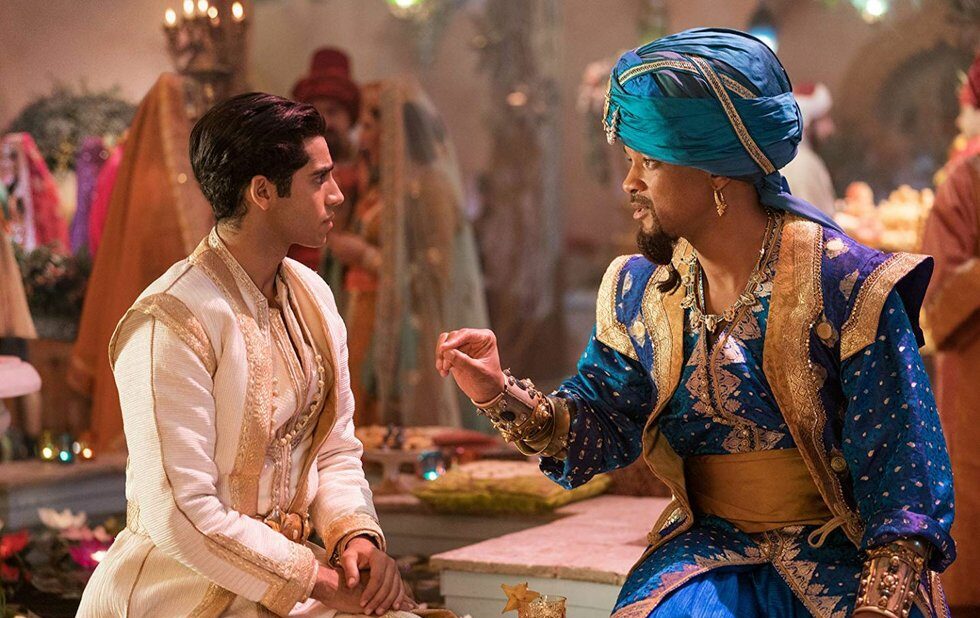 I’ll be honest with you. There were a few minutes after the credits rolled on Disney’s new live-action-ish remake of Aladdin where I considered re-running my review of the 2017 Beauty And The Beast for this, changing only the title and the names of the actors and characters. Why shouldn’t I? It’s just as much effort as Disney put into the product.

The new Aladdin is an unnecessary, overlong version of something that worked perfectly well the first time around. It has some pleasant moments, but not enough to justify its existence – or the price of a ticket.

Like that version of Beauty And The Beast, it’s a souped-up replica that expands and overinflates the original animated version without really adding anything of value. You might ask why the studio thought entrusting this to Guy Ritchie – he of Robert Downey Jr.’s sporadically entertaining Sherlock Holmes pictures, the charming Man From U.N.C.L.E. feature and that already forgotten King Arthur movie – was a good idea, since he has absolutely no feel for the material.

But then of course the point of these movies isn’t to make art, but to remake it as closely as possible with human beings and photorealistic CG animals, the better to refresh an existing property and make lots and lots of money. It’s all about the money.

If you’ve seen the original, the new version holds no surprises. Once again, street rat Aladdin (Mena Massoud) finds a lamp, meets a genie (Will Smith) and wishes himself royalty to woo strong-willed princess Jasmine (Naomi Scott), while sinister Jafar (Marwan Kenzari) plots to steal the lamp and the kingdom.

There are some minor tweaks: Jasmine has a little more agency now, which is nice, and the character gets a comic-relief handmaiden played by Nasim Pedrad, who is never not the best (and therefore woefully underused by the filmmakers). Also, Jafar has the teeniest bit of depth added by a sliver of backstory, which is the closest thing to genuine innovation in the new script by Ritchie and co-writer John August.

But almost from the start, the weird combination of slavish re-creation and new business serves to remind us over and over again that the original Aladdin got everything right: this version is just longer, busier and filled with questionable decisions.

Every musical number makes us painfully aware that the camera isn’t where it ought to be: what’s the point of A Whole New World if we keep zooming away from Jasmine experiencing those unbelievable sights and indescribable feelings? And are the sights so unbelievable when they’re just landscapes and cities rendered to look as real as possible rather than animated tableaux designed to dazzle?

And speaking of things that are miscalculated, we need to talk about Will Smith. As the genie, Smith is so determined not to mimic Robin Williams’s performance that he winds up doing nothing at all – and he kinda whiffs the songs, too, failing to provide the Broadway bombast that Howard Ashman and Alan Menken’s soundtrack demands. (There’s also an uncomfortable subtext to the recurring image of a Black character repeatedly asking for his freedom that no one seems to have fully considered.)

At least Massoud and Scott have a charming chemistry that brightens their few scenes together, and while Jasmine’s new song is kind of a clunker, there’s nothing in this film that’s as egregiously wrong-headed as Beauty And The Beast’s little jaunt to plague-ravaged Paris.

Aladdin isn’t the worst of Disney’s live-action remakes, this is true it’s just an inoffensive, somewhat slapdash restaging. But I ask you again: the original movie is right there on the shelf, delightful and sprightly and alive. Why would you bother with this thing?