Geoffrey Rush is excellent as the aging artist, but in 2018, we don’t need another story of an egomaniacal womanizing painter 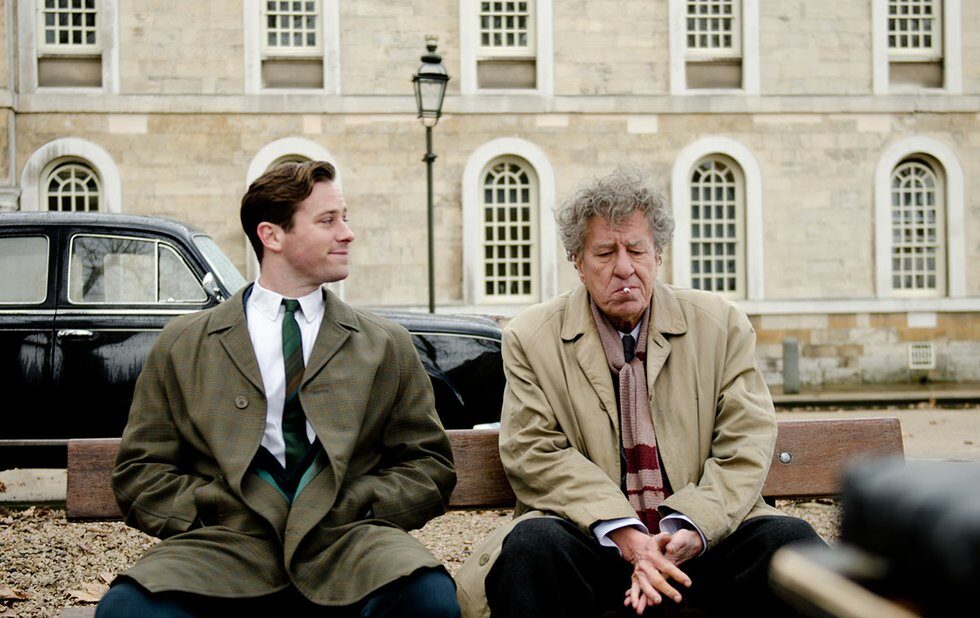 Poor Stanley Tucci. He’s made a loving portrait of a Swiss-Italian artist painting his last work. His cinematographer, Danny Cohen, experiments with faux black-and-white images of 1960s Paris with just the occasional hint of colour (except for one spectacular red BMW). And Geoffrey Rush, as Alberto Giacometti, is very good at expressing self-doubt, fury and a raging ego.

But at a time when there’s been an increasing demand for women’s stories, it’s hard to care about an aging male creator who treats everyone around him as if he’s the only person on the planet. That includes his wife (Sylvie Testud) and his portrait subject, James Lord (Armie Hammer), on whose memoir the movie is based.

It doesn’t help that there’s not much narrative arc to the piece. Giacometti asks Lord, a chronicler of the art scene, to sit for a portrait, promising it will take a few hours. But he’s never satisfied, slathering gray paint all over the work so he can have another crack at it. A three-hour session turns into a three-week ordeal.

Gradually, the painter howling “Fu-u-u-ck” at the canvas becomes neither amusing nor interesting. So the actual process of creation, which has been a fascination for Tucci as a director (Big Night), never succeeds in giving the film any juice.

The women, however, do goose the action. Testud, as the artist’s forbearing wife, conveys her exasperation at her husband’s refusal to buy a proper house, consigning her to the chaotic studio (literally) apartment. And she’s furious that he’s obsessed with the prostitute Caroline (Clémence Poésy), who drops in on the studio whenever she feels like it, adding some more much-needed spark.

Except for rescheduling his flight out of Paris again and again, Lord, clad in a jacket and tie – in stark contrast to Rush’s clay- and paint-spattered sweaters – just has to sit there and watch the tortured artist do his thing.