Once again, Ridley Scott litters the universe with space junk 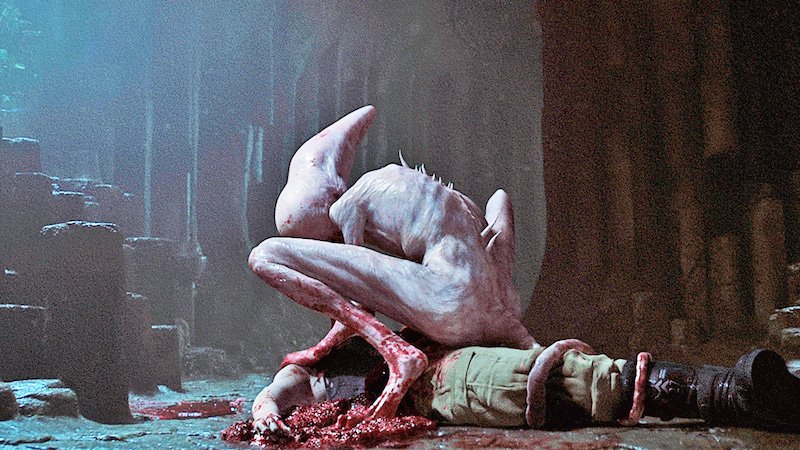 Aliens fans will likely eat up the latest prequel

Aliens fans will likely eat up the latest prequel, even though it's bloody terrible.

Nearly 40 years ago, Ridley Scott directed Alien – a sci-fi nightmare that was as perfectly designed as the murderous xenomorph for which it was named. Have you seen Alien? You should. It’s a masterpiece.

Scott returned to the franchise in 2012 with Prometheus, an Alien prequel with an all-star cast who fly off in search of the extraterrestrial origins of humanity and find only death and misery – and what appears to be the same derelict ship the crew of the Nostromo would encounter a quarter-century later.

That film was a frustrating experience for fans of Alien, offering elaborate answers to unimportant plot points and engaging in a laboured philosophical dialogue about creators and their creations. It was pretty dumb.

Alien: Covenant opens by reprising that dialogue, and by doing so Scott declares he’s learned nothing from the debacle of Prometheus, except perhaps that an Alien movie should have the word “alien” in the title.

Named for the colony ship that stumbles onto yet another deep-space distress signal, Alien: Covenant is too beautiful to dismiss entirely, but too stupid to be any good. Scott continues to fuck up the legacy of his 1979 classic by insisting upon investigating its least interesting aspects in the most convoluted manner imaginable.

The most disappointing thing about Alien: Covenant is that after that leaden prologue, things start out pretty well, elegantly mirroring the original film with a starship crew awoken from hyper-sleep to investigate a mysterious cry for help. (You know, like in the first one.)

Arriving on an uncharted world, our crew (among them Katherine Waterston, Billy Crudup, Danny McBride, Amy Seimetz and Demián Bichir) run headlong into all the hanging plot threads from Prometheus, including the android David (Michael Fassbender) and that icky black goo that makes people into monsters.

The actors do their best to give a modicum of life to their characters, and Fassbender is clearly having fun in the dual role of David and a later-model synthetic named Walter. But Scott’s so obsessed with his dime-store creation myth that he turns them all into action figures running around over-designed playsets.

Yes, it’s visually striking – except for the aliens themselves, rendered in weightless, glossy CG – but it’s also incoherent and pointlessly complicated, compounding the franchise with another unnecessary layer of space junk.