NOW MagazineMovies & TVReviewsReview: Alita: Battle Angel is a state-of-the-art mess with a great performance in it

Review: Alita: Battle Angel is a state-of-the-art mess with a great performance in it

Co-written and produced by James Cameron, this much-anticipated film based on a 90s manga is a blur of three-dimensional action and one-dimensional characters 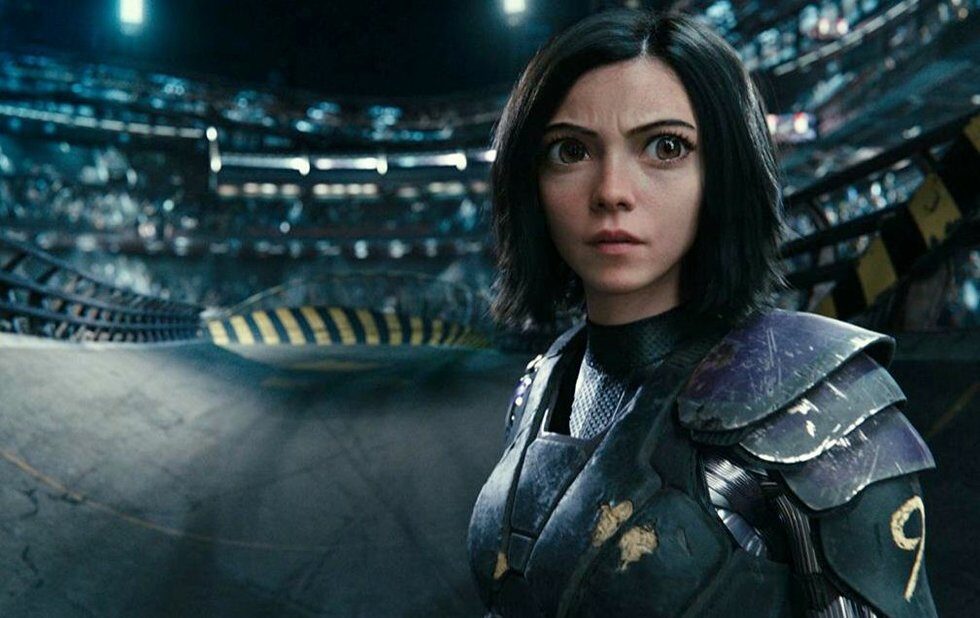 It’s got teen romance and cyborg gladiators and robot kung fu and lost children and class war and scrappy orphans rattling around a post-apocalyptic cityscape, 300 years after a massive war divided the Earth between floating cities for the rich and flattened scrap-heaps for everyone else.

That’s a lot, and it’s pretty impressive that it works as well as it does – mostly because of a totally invested motion-capture performance by Rosa Salazar, whom you may have noticed in human form as Jay Baruchel’s love interest in the second season of Man Seeking Woman, or in those Maze Runner sequels nobody likes.

Salazar plays Alita, a centuries-old cyborg (with a “teenage human brain”) discovered and resurrected by the paternal Dr. Ito (Christoph Waltz), who moonlights as a bounty hunter of criminal cyborgs – a gig for which Alita herself is uniquely equipped, since she’s got the instincts and reflexes of a born killer. (The origins of those instincts is something she struggles with over the course of the movie, because backstory.)

Those reflexes also make Alita pretty good at Motorball, an arena sport where enhanced rollerbladers compete to the death or something it’s the NASCAR of the future, run by the sinister Vector (Mahershala Ali) and his right-hand woman, Chiren (Jennifer Connelly).

Oh, and at some point in the handful of days over which Alita: Battle Angel takes place, our hero gets to experience the purity of first love with human smoothie Hugo (Keean Johnson), a street urchin who preys on cyborgs for their rad mechanical parts with his gang of rad pals. (I did mention this came from the 90s, right?)

Rodriguez doesn’t even try to blend the tones, smash-shifting from light, even charming scenes of Alita mastering her robot powers to wicked awesome slo-mo digital throwdowns. It really makes one admire the almost effortless manner in which Cameron unified the plots, themes and environments of monster machines like Titanic and Avatar.

I don’t know whether Cameron would have gotten better performances from the three Oscar-winners in his cast than Rodriguez does, but he’d definitely have found a way for them to deliver the exposition-heavy dialogue he and co-writer Laeta Kalogridis (Shutter Island, Terminator Genisys) have concocted.

It’s all in constant motion, save for the occasional quiet moment in Dr. Ito’s clinic or Vector’s executive suite of evil. I kept thinking of the Wachowskis’ Speed Racer movie, which is similarly so wrapped up in the creation of its chaotic whatever-world that it winds up turning the humans who live in it into lifeless simulacra.

But even when Alita: Battle Angel turns into big gray-and-chrome blur, Alita herself holds it together. Salazar uses her voice and her movements to infuse the character with a humanity that makes us care about what happens to her from one moment to the next… even if what happens is very, very silly.

She’s one of a handful of actors – like Andy Serkis and his Apes-mate Toby Kebbell – who understands that motion capture can be a conduit rather than a constriction, and it’s fascinating to watch her bring Alita to life.

If this thing winds up launching a franchise, I hope Cameron is willing to direct the next one. He really is the only person who can make his own stuff sing.