TV review: Altered Carbon does nothing new with its sci-fi mystery premise 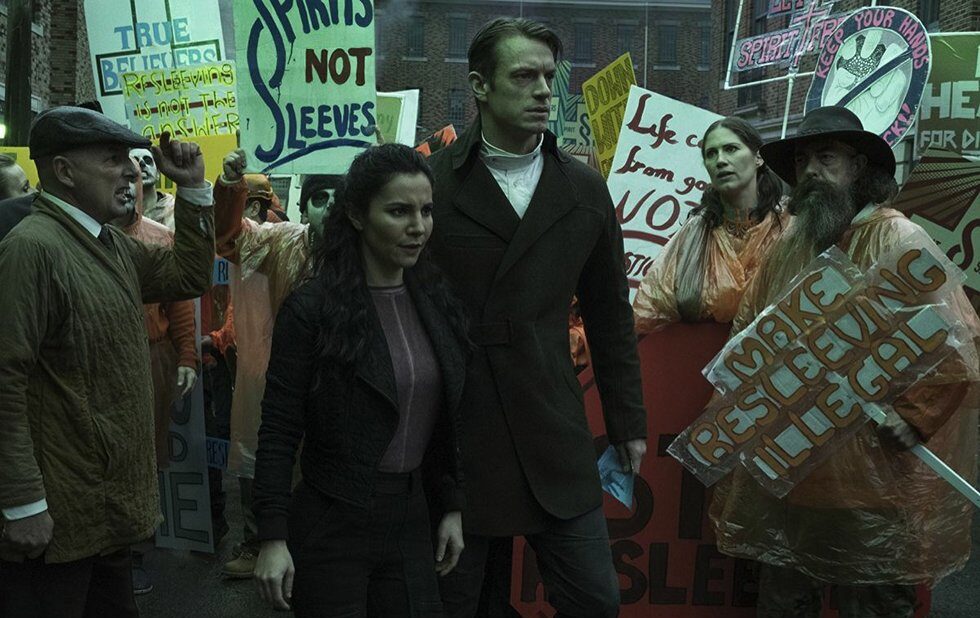 Based on Richard K. Morgan’s 2002 dystopian novel, Altered Carbon is set in a future where the digital capture of consciousness has led to something like immortality: our “stacks” can be “sleeved” into a new body whenever the old one dies. But capitalism being what it is, only the wealthiest can afford the best everyone else has to scrape along on their leftovers.

Screenwriter/producer Laeta Kalogridis (Terminator: Genisys) spins this world as Blade Runner with a William Gibson twist: humans are the replicants as well as their masters. And she amps up the story’s sex and violence, as befits a world where practical immortality would have the world’s elite pursue endless debauchery just to stave off boredom. I’m betting the frank nudity and graphic violence will be the elements most viewers remember rather than the show’s characters or ideas.

Our hero is super-soldier Takeshi Kovacs, the last of an elite warrior force known as Envoys. Dead for 250 years, Kovacs is reactivated in Joel Kinnaman’s clenched, distinctly Caucasian sleeve to investigate the murder of Laurens Bancroft (James Purefoy), a super-wealthy industrialist who lives high above the grim poverty of Bay City. Bancroft survived because he backs himself up every 48 hours, but that means he doesn’t remember what happened in the window that ended with his death.

Alternately aided and cyber-blocked by a suspicious cop (Martha Higareda) and Bancroft’s equally debauched wife, Miriam (Kristin Lehman), Kovacs tries to solve the mystery and do a little good on the side – while wrestling with the traumatic memories of his life as an elite warrior on another world.

It’s fine, with some clever explorations of the virtual-immortality concept and a fun supporting performance by Chris Conner as Kovacs’s sidekick, a digital avatar of Edgar Allan Poe, but so much of Altered Carbon is the same old sci-fi checklist, played out on expensive Vancouver soundstages. I kept waiting for a genuinely new idea, or at least a new interpretation of the familiar themes, to galvanize the material. And with minimal comic relief and maximum sadism, the whole affair feels awfully grim and grinding.

I mean, I know people love cyberpunk thrillers, and this is very much that. Me, I’d have been happier with six hours of it rather than 10.