Review: Always Be My Maybe is a relatable rom-com even if you’re not Asian 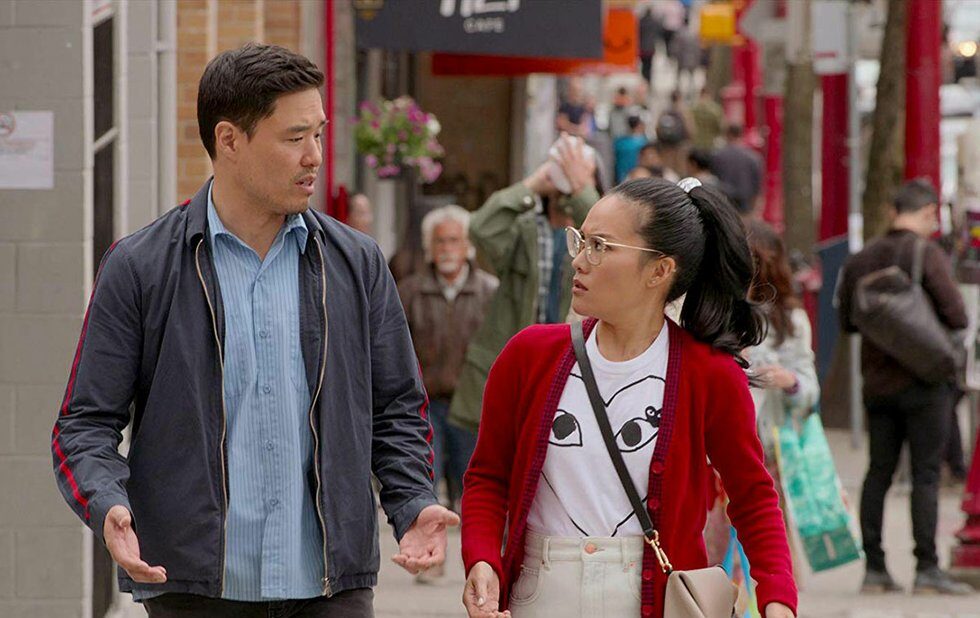 Randall Park and Ali Wong star in Always Be My Maybe.

ALWAYS BE MY MAYBE (Nahnatchka Khan). 101 minutes. Begins streaming on Netflix on Friday (May 31). Rating: NNNN

When Crazy Rich Asians hit theatres last summer, one of the biggest criticisms came from Asian audiences. Sure, it felt novel and exciting to see Asian-American actors lead a major Hollywood movie, but the storyline about extremely wealthy families in Singapore was about as relatable as Jurassic World.

Contrast that with Always Be My Maybe, the story of childhood best friends raised in San Francisco, who reconnect 15 years later and fall in love. Its a rom-com trope that could be played by actors of any race, and in fact, it has been many times over in movies like When Harry Met Sally…, My Best Friends Wedding and Sweet Home Alabama.

But Ali Wong and Randall Park along with Michael Golamco wrote this one, and Wong and Park cast themselves as the leads. All three attended UCLA, with both Wong and Park getting degrees in Asian-American Studies. They took a classic Hollywood recipe and doused it in gochujang and hoisin, and they pulled it off spectacularly.

Sasha (Wong) and Marcus (Park) were next door neighbours and inseparable until a fight one night at the end of high school ended their friendship. Sasha eventually moved to LA and became a celebrity chef engaged to a powerful restaurateur (Daniel Dae Kim). Meanwhile, Marcus stayed home, living and working as an air-conditioner installer with his dad (James Saito), and still playing in a band he formed in high school. When Sasha returns to San Francisco to open her latest restaurant, the two run into each other and sparks begin to fly.

Wong and Park have great chemistry onscreen and feel like real friends-turned-lovers, likely due to their previous working relationship on Fresh Off The Boat, which Park stars in and Wong wrote for from 2015 to 2018. There is another FOTB connection in Always Be My Maybe Nahnatchka Khan, one of the executive producers of the ABC sitcom, makes her directorial debut here.

The script is smart and funny, with constant jabs at San Franciscos reputation as a hotbed of modern hippies and extreme progressives. At one point, after overhearing Marcuss bohemian girlfriend Jenny (Vivian Bang) call him her husband, Sasha asks, Wait, youre married? And she replies, Not in the hetero-normative sense.

Later, while on the phone, Sasha shows that shes just as eye-roll inducing, describing her LA restaurant as non-denominational Vietnamese fusion and her San Francisco offshoot as trans-denominational.

While the film has undeniable appeal across broad audiences, there are a few moments that are especially relatable to Asian viewers. In an early scene, a young Sasha (Miya Cech) learns to slice green onions using scissors, or the Korean way, according to Marcuss mom (Susan Park), and at a birthday party, the kids slip off their shoes as soon as they walk in the door, holding them as they run through the house and putting them back on as they reach the backyard.

Its these little things that make Always Be My Maybe feel like it represents me. When Sasha and Marcus dine at a dim sum restaurant, Sasha laments the fact that she never learned to speak Cantonese so that theyd get better service from the wait staff. Marcus surprises her by saying a few words to a server, and immediately a steaming basket of shu mai is brought over.

As an Asian-Canadian who grew up in Vancouver coincidentally where Always Be My Maybe was filmed I recognize these experiences as my own, and it felt powerful and exhilarating to see them played out this way.

Crazy Rich Asians was a watershed moment in Hollywood, but Im excited to see more movies like Always Be My Maybe get made.