A handful of young women struggle to survive on a tropical island in Amazon Prime Video's compulsively watchable mystery. 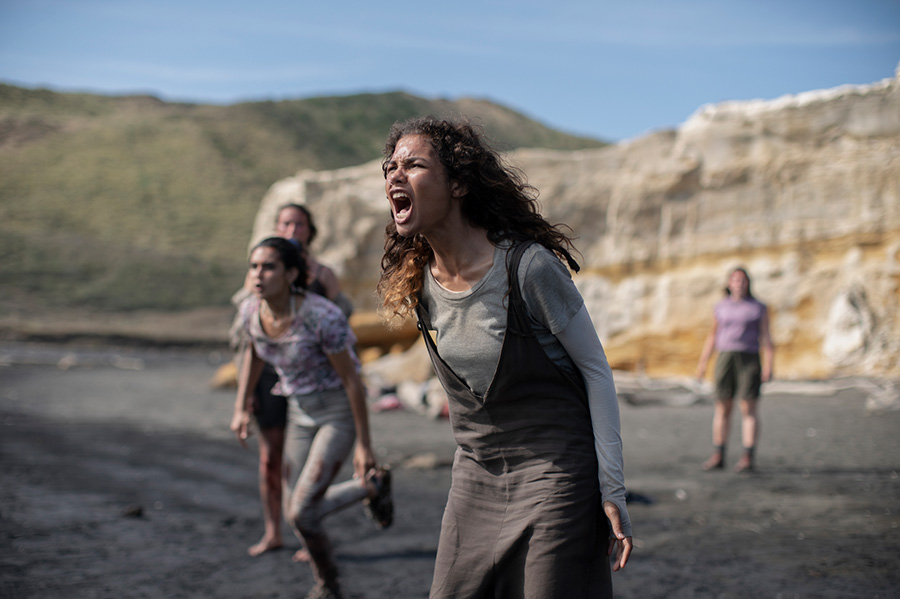 Survival isnt easy in The Wilds.

A compulsively watchable mystery about a group of teenage girls who find themselves trying to survive on a desolate tropical island, The Wilds is very much indebted to Lost and Lord Of The Flies. And also, somehow, to Mean Girls.

Daredevil writer Sarah Streicher’s time-shuffling thriller opens with its handful of young protagonists flying out to a self-help retreat in Hawaii, only to wind up on the aforementioned island, forced to rely on one another in unforgiving surroundings.

Each episode covers a single day on the island, focusing on a different character’s experience before, during and after the ordeal, and Streicher and her writers do an excellent job of parceling out information to the audience about what we’ve seen and what’s yet to come.

For example: a grievous injury is revealed at the end of one episode, followed by the introduction of a tool that seems likely to have caused said injury in the next, which serves to make every scene that features the tool, even incidentally, crackle with distressing possibilities. Streicher also makes the very savvy decision to deploy the “after” sequences strategically, the better to make us wonder whether a given character didn’t make it back to civilization.

And while the show’s survival narrative is obviously the big hook, the character work is just as important to The Wilds’ success. Streicher has thought about who these young women are, and who they are to one another – the retreat was organized as a buddy system, with the teens traveling out in pairs, so there are plenty of pre-existing allegiances, friendships and tensions to be tested, even as new relationships are forged.

The mostly unknown cast is uniformly terrific, though Reign Edwards and Helena Howard quickly define themselves as twin sisters with markedly different skill sets – and Howard even gets a moment to remind us the amazing knack for mimicry she showed in Josephine Decker’s Madeline’s Madeline wasn’t a fluke – while Sarah Pidgeon and Shannon Berry bring the gravitas as young women who’ve been through very different miseries.

Among the grownups glimpsed here and there, Rachel Griffiths invests her enigmatic personality guru with a fearsome confidence in her ability to bullshit her way through a crisis.

It’s addictive viewing – and the whole season is dropping all at once, so maybe don’t plan anything else this weekend.