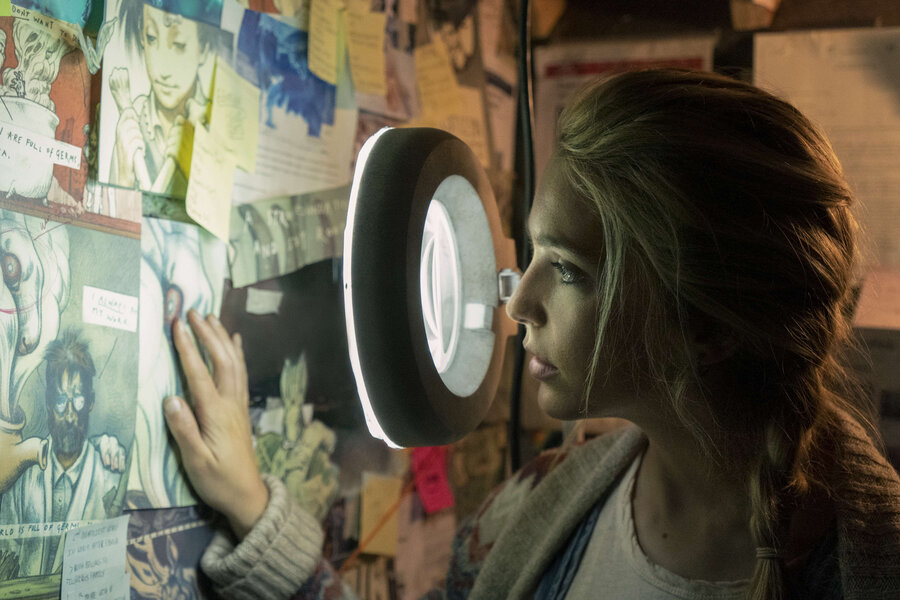 You know, the moment couldn’t be better for an American adaptation of the British television series Utopia. So many of the elements in the original UK production – written by Dennis Kelly, and aired over two seasons in 2013 and 2014 – are actively in play right now.

There’s a pandemic that’s slipping out of control, a leadership vacuum at every level of government, a looming sense of irreversible decline – all of which leads to people believing any bizarre conspiracy theory that gives them the illusion of control over the chaos swirling around them. And comic book culture is even more prevalent now that it was seven years ago.

Amazon’s new iteration of Utopia, developed and written by Gillian Flynn (Gone Girl, Widows), sticks pretty closely to the original plot, which followed a group of people (played here by Desmin Borges, Dan Byrd, Ashleigh LaThrop and Jessica Rothe) who believe the world’s mounting crises were predicted in a cult comic book called Dystopia – and that its long-lost sequel, Utopia, might hold the solutions.

But no sooner do they glimpse its pages than they find themselves targeted by a massive, deadly conspiracy straight out of Dystopia: yep, it’s all real, and the only person who can help them is the comic’s protagonist, unstable warrior Jessica Hyde (Sasha Lane).

The series is expensive and busy, with constant explosions of spectacular violence. But it’s also enervating, over the seven episodes made available for review, to watch Amazon’s Utopia wallow in nihilism again and again, introducing appealing characters only to maim or slaughter them. And not just secondary characters, either; key players are introduced and taken out within the space of an episode, which initially feels like a smart way to destabilize the narrative but eventually feels like it’s just a gimmick Flynn can’t stop employing whenever things get dull.

If you’re hoping to cling to the characters… well, maybe don’t. Actors I’ve really enjoyed in other work, like You’re The Worst’s Borges and Happy Death Day’s Rothe, are given very little to do; Lane, so vivid in American Honey, is saddled with one paranoid rant after another, broken up by the occasional fight sequence. As a Chicago tech billionaire, top-billed John Cusack seems half-asleep while Rainn Wilson can’t find a consistent gear as a stout-hearted virologist who might hold the key to that raging pandemic.

It’s all very urgent, but the plot doesn’t move along at the pace of the mayhem. It takes absolutely goddamn forever for Utopia to tell its fairly simple story, thanks to endless complications and betrayals that we have to slog through alongside the characters, who are conflictingly depicted as either brilliant strategists or careless idiots as the moment demands. Not that human beings can’t be both, mind you, but generally there’s some consistency to dramatic characterization.

Some of the cast try too hard to fake us out – one of the principals has a gentle affect that reads as “obvious monster” – while others default to a constant frenzied panic that means we never see any other dimension to them. And the show’s larger mythology remains murky and incomprehensible throughout, with no sense of a master plan for either the heroes or the villains.

Maybe it’ll all come together in the final episode, which wasn’t made available for review. But at this point it’s going to take an awful lot of exposition to make sense of Amazon’s Utopia.