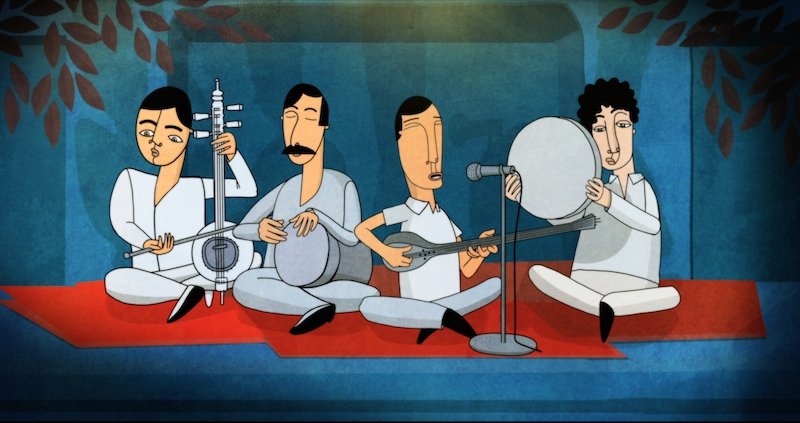 I missed Window Horses: The Poetic Persian Epiphany Of Rosie Ming when it premiered at TIFF and had to catch up with it months later, alone, before it played Canadas Top Ten. I would have loved to see it for the first time with an audience. It needs to be shared.

Window Horses is an animated coming-of-age story about a young woman of Persian-Chinese heritage (voiced with appealing uncertainty by Sandra Oh) who travels from Vancouver to Iran to read at a poetry festival in Shiraz.

Her self-published book of poems has caught the attention of the organizers (shes not sure how), so with minimal preparation but considerable enthusiasm, the sheltered Rosie launches herself into the unknown.

Employing lively, charming imagery and a great voice cast that includes Shohreh Aghdashloo, Navid Negahban and an almost unrecognizable Don McKellar (and Ellen Page popping up briefly as a friend of Rosies), Fleming gracefully deploys multiple animation styles created by a series of guest directors to show us how Rosie interprets the various poems she hears, even the ones she doesnt fully understand.

But the films greatest impact is achieved through its precisely structured story, which lets us experience that eponymous epiphany in sync with Rosie. That feeling will only be amplified in a crowded movie theatre, so take my advice and dont wait for Window Horses to show up on iTunes see it as soon as you can. Take friends. Share the poetry.