Review: Anna And The Apocalypse delivers a bloody good time 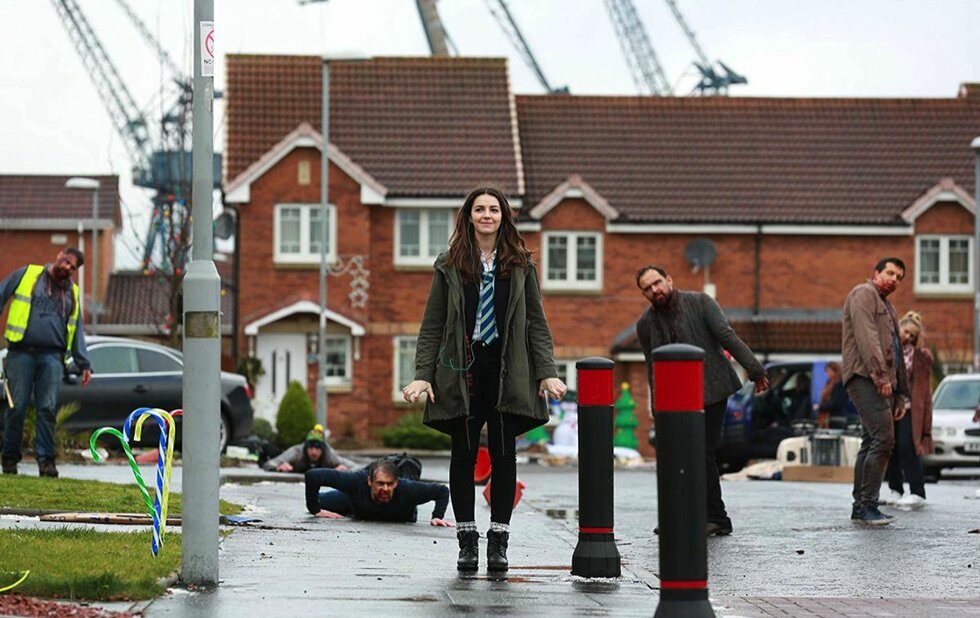 I see a lot of zombie movies, and weirdly enough I also see a lot of musicals. My standards are fairly high for both genres. So believe me when I tell you Anna And The Apocalypse is a bloody good time.

A Christmas movie where the dead walk and the living sing – and somehow it all works – Anna And The Apocalypse is a proper musical set during a zombie outbreak. There’s gruesome violence straight out of the George A. Romero playbook, and an I-want song where the hero sings about getting out of her sleepy Scottish exurb. It’s reasonably functional as a horror movie, and it’s charming as hell.

This is mostly thanks to a radiant performance from Ella Hunt as Anna, a high-schooler still processing the recent loss of her mother and itching to get away from her well-meaning but smothering father (Mark Benton), who works as a custodian at her school. (It’s a very small town.)

Anna’s planning to escape with a gap year in Australia, but first she has to get through the Christmas pageant … which is itself derailed when a plague of shambling corpses falls upon the school, requiring her to form a rescue party with a handful of her classmates.

Director John McPhail mostly balances the comic and horror elements, the songs are infernally catchy and screenwriters Alan McDonald and Ryan McHenry are well versed in the tropes of both zombie movies and musicals, using our expectations against us.

The young cast is appealing, and Benton – a familiar face from a decade or so of British television – gives Anna’s dad a little more self-awareness than other actors might have, deepening what might have been a fairly one-note role. On the other hand, Paul Kaye goes well over the top as the film’s villain, a twitchy school superintendent who uses the crisis to seize power, but this feels like the performance the filmmakers want.

Mostly, though, Anna And The Apocalypse is Anna’s show, and Hunt makes every beat count. She carries the character’s emotional arc as confidently as she handles the stunts and splatter effects, and turns Anna’s final song into a legitimate showstopper. Who saw that coming?