Review: Annabelle Comes Home is the third, and best, in the evil doll franchise 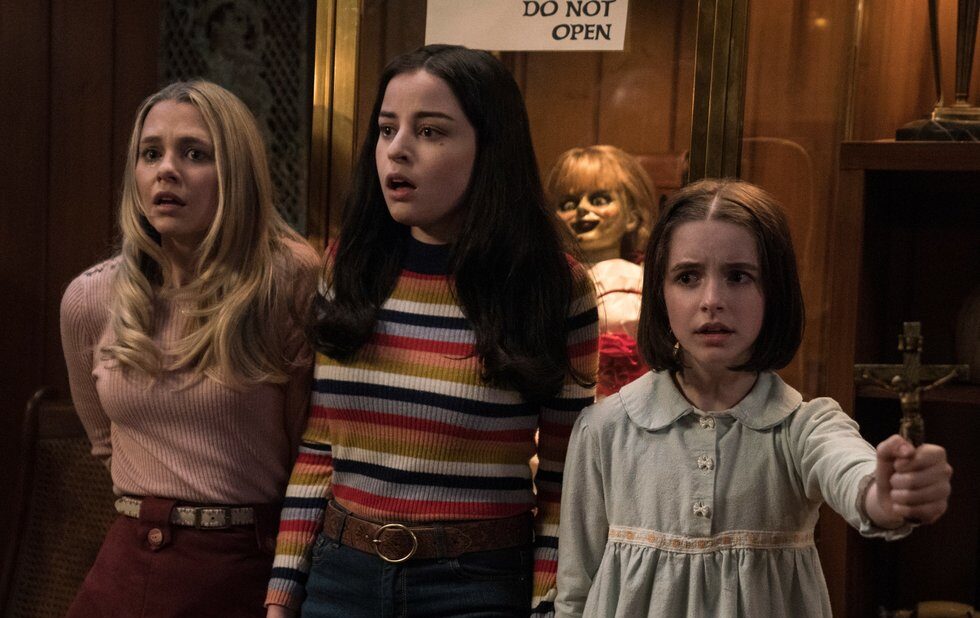 The Conjuring Universe is about to get a whole lot bigger. That’s all thanks to Annabelle Comes Home, the third and most entertaining film about the old-timey doll that acts as a conduit for evil spirits in its vicinity.

First-time director Gary Dauberman penned the earlier Annabelle movies, as well The Nun (also part of TCU) and the two-part adaptation of Stephen King’s It.

So he’s well situated to take the series to different scary places.

The film appears to be set right after The Conjuring, when the rosy-cheeked title figurine, after being doused with holy water and receiving some serious exorcism-like pronouncements by a priest, is placed behind a locked glass door in the dreaded chamber of horrors in the suburban tract home of the Warrens.

That would be Ed (Patrick Wilson) and Lorraine Warren (Vera Farmiga), the groovy paranormal investigators who’ve spent their lives ridding houses of creepy spirits in the 70s.

But no sooner has Annabelle been locked away than the Warrens leave their preteen daughter, Judy (Mckenna Grace), with babysitter Mary Ellen (Madison Iseman) and her nosy BFF Daniela (Katie Sarife).

Turns out Daniela is still grieving the death of her father, and wants to communicate with him. What better way to do that than by entering the Warrens’ room of menacing mementos and doing some amateur conjuring herself?

Bad idea, Daniela. Dauberman’s script has efficiently given us the backstories behind a few of the items in the room, which include a ferocious werewolf, a creepy ferryman and a vengeance-seeking bride.

And before we know it, those evil spirits, under the glassy, expressionless eyes of Annabelle herself, are terrorizing the trio of girls in every one of the haunted house’s rooms.

What sets this film apart from its two predecessors is the use of humour to relieve suspense. Much of that is thanks to the figure of Bob (Michael Cimino, obviously not the Oscar-winning director), a dreamy-eyed youth in love with Mary Ellen.

Dauberman even attempts to deal with more serious issues, like Judy’s bullying and social isolation at school because of her parents’ unorthodox profession.

But mostly, of course, the film is about things that go bump in the night. (And this film is very dark – probably the most dimly lit film in the series.)

After a long set-up involving phantom knocks on the door, board games that wind up in other rooms and chairs that rock by themselves, Dauberman unleashes his new dramatis personae of ghouls, and the final quarter is lots of fun. There’s one scene involving Daniela and a vintage TV set that will have you looking uneasily over your shoulder.

The acting is pretty workmanlike. Farmiga and Wilson try to add nuance to their dialogue, but there’s only so much you can do with lines like, “The evil is contained.”

The revelation is Grace, the gifted child actor who played the young Tonya in I, Tonya and the most interesting of the young kids in the recent Netflix series The Haunting Of Hill House.

Where the franchise will go next is anyone’s guess. Now that the real Lorraine Warren has passed away (the film is dedicated to her), it could follow Judy, who has apparently inherited her mom’s psychic/spiritual gift.

Dauberman has wisely left room for lots of spinoffs and possible possessions, ensuring that Annabelle will continue to pay off for years to come.