Ex Machina writer/director Alex Garland follows his acclaimed debut with an even more ambitious project, but whiffs the ending 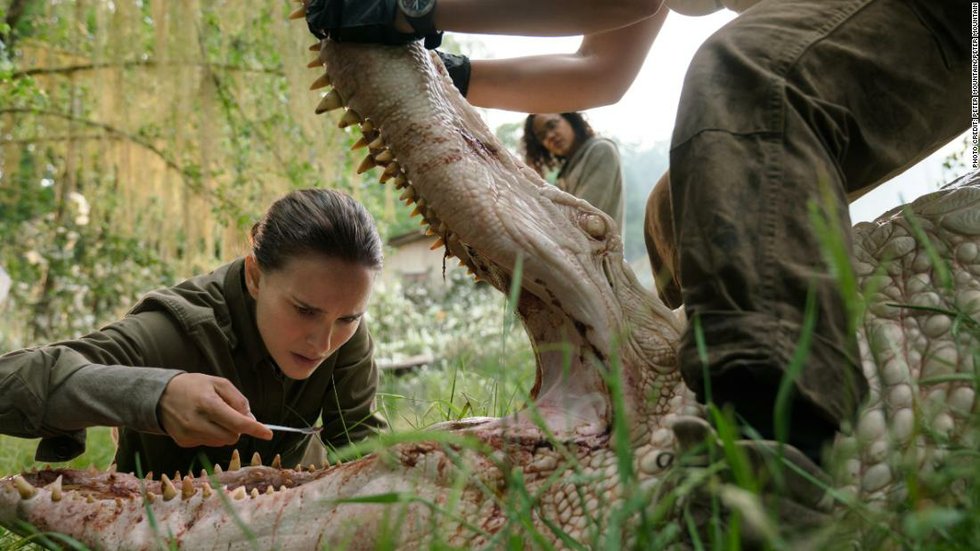 Annihilation is, like Alex Garland’s first feature Ex Machina, about four-fifths of a tremendous science-fiction movie: it starts well, creates a compelling alternate reality, builds a fascinating narrative and then just sort of walks into a wall.

Freely adapted from the 2014 novel by Jeff VanderMeer, it’s the story of a biologist (Natalie Portman) who accompanies a team of military scientists (Jennifer Jason Leigh, Gina Rodriguez, Tessa Thompson, Tuva Novotny) into Area X, a contaminated zone in the southern U.S., to see what lies within and find out what happened to all the previous teams – one of which included her husband (Oscar Isaac).

Like Ex Machina, it’s a study of ordinary people trying to make sense of an extraordinary situation, driven by thoughtful performances and stark, striking images. Thanks to the opening shot, we know the expanding, planet-threatening phenomenon nicknamed The Shimmer is the result of a meteor strike three years ago – and Garland, cinematographer Rob Hardy and production designer Mark Digby have created a world that’s beautiful, intricate and subtly wrong, with creamy pastels infiltrating the natural green-brown palette of swamps and glades.

The score, by Geoff Barrow and Ben Salisbury, shifts effectively between incongruous acoustic guitar and oppressive breathing-synth sounds that I associate with Denis Villeneuve’s Arrival – a film with which Annihilation shares more than a few elements. (Gareth Edwards’s Monsters is another, though I have the feeling it inspired VanderMeer rather than Garland.)

The slow reveal of what’s going on within Area X is handled masterfully and unnervingly, and the second act ends with a set piece that’s one of the most effective and disturbing things I’ve seen in years.

But once Annihilation gets to its final movement, Garland whiffs it, throwing out VanderMeer’s ambiguous mysteries for a Shocking Twist that’s not exactly shocking, a CG lightshow that may be striking but doesn’t really mean anything and another element that just doesn’t work at all.

Which is a shame, really, because that first 90 minutes is legitimately terrific.