Hybrid of Arrival, Annihilation and Interstellar starring Katee Sackhoff and Selma Blair is not aiming for profundity or gravitas 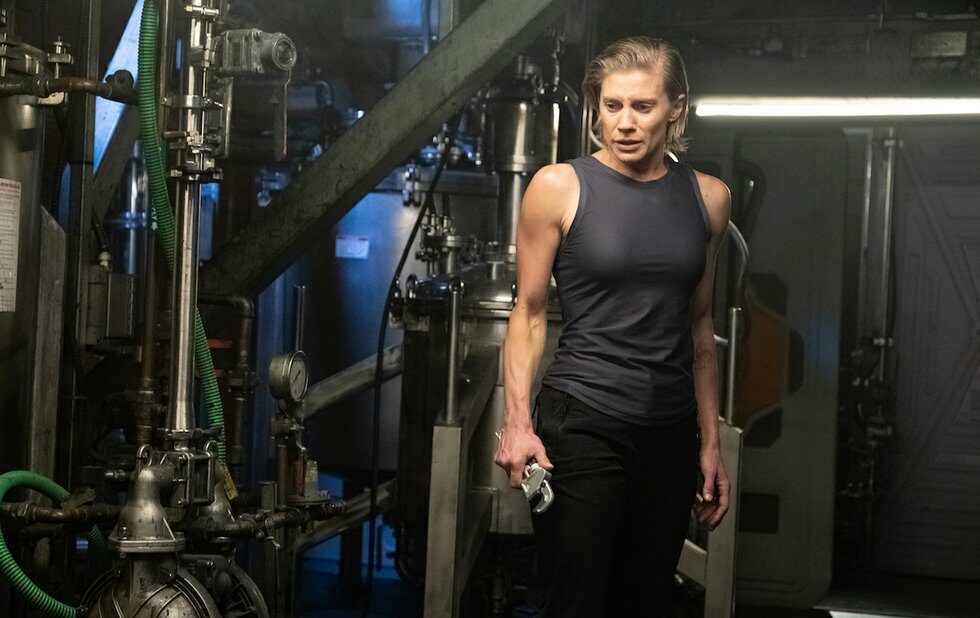 Katee Sackhoff plays a hard-bitten astronaut in Netflix's Another Life.

Sometime in the not too distant future – at a point when we’ve achieved faster-than-light space travel, but also still have social media – an alien ship crashes to Earth and turns itself into a weird glittery formation, its origin and purpose a total mystery. Who sent it? What do they want? And who’s brave enough to find out?

That’s the premise of Another Life, a pleasantly cluttered new Netflix series that hybridizes Arrival, Annihilation and Interstellar into something less heady and more adventure-driven.

Hard-bitten astronaut Niko Breckinridge (Katee Sackhoff) is our central figure, chosen to lead the crew of the deep-space vessel Salvare on its mission to the star system from which the ship is presumed to have come.

This decision does not sit well with Ian Yerxa (Tyler Hoechlin), the Salvare’s original captain, who isn’t terribly happy giving up the centre seat to a woman whose last command resulted in the deaths of half her crew. Niko’s not too happy with it either, having to leave her scientist husband, Erik (Justin Chatwin), and their young daughter (Lina Renna) behind, but fate of humanity and all that.

These conflicts thus efficiently established, the mission almost immediately goes sideways as the universe throws one disaster after another at our heroes. There’s a mutiny in one episode, a lethal space virus in another, a hyper-sleep malfunction in the next, and so on.

The constant peril is just this side of silly, but that’s part of the show’s charm, especially once Breckinridge’s crew start to register as individuals: The Originals’ Blu Hunt makes an impression as the ship’s young engineer, and Samuel Anderson brings an unexpected soulfulness to the role of Niko’s holographic sidekick.

The show cuts between the Salvare and the activity back on Earth, where Erik spars with a YouTube journalist (Selma Blair) with an interest in the alien presence. Not much happens in that storyline in the four episodes available for preview, but presumably that thread is there for a reason.

Despite all the life-or-death challenges (and spectacularly gicky deaths), Another Life has an appealingly low-stakes vibe like showrunner Aaron Martin’s ensemble horror series Slasher, it’s not trying for profundity or gravitas, just some good old genre fun. And it’s a pleasure to see Sackhoff, who added such electricity to the rebooted Battlestar Galactica, bring a more mature version of that unpredictability to the centre of this show.

Niko isn’t just a clone of Kara Thrace, but a character in her own right – a mother, a leader, an adventurer tormented by survivor guilt. Even when the show feels like it’s edging into broader territory – the crew of the Salvare spend an awful lot of time in their space underwear – Sackhoff never loses sight of the mission.