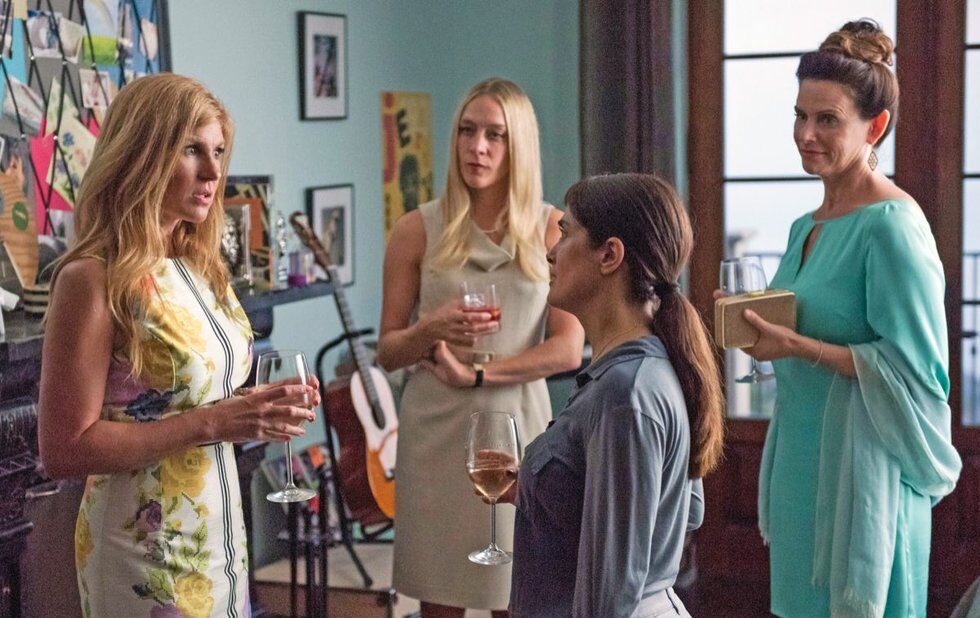 I should have loved Beatriz At Dinner. It’s right in my cultural sweet spot.

It has a premise that feels utterly of the moment: a working-class Mexican masseuse (Hayek) winds up at a dinner party with a Trumpian real estate mogul (Lithgow) and has the chance to hold him accountable for the damage he leaves in his wake.

It can’t miss. And yet somehow it still does.

That’s partly because Arteta and White can’t find the dramatic balance in their narrative, stacking the deck in favour of Hayek’s pure-hearted immigrant while softening Lithgow into a man who’s neither as cartoonish nor as venal as his real-life inspiration.

And it’s also because Beatriz At Dinner feels very, very stagey, both in its setting and in its construction. A handful of other actors (including Connie Britton, Chloë Sevigny, Jay Duplass and David Warshofsky) look on uncomfortably as these sketchy archetypes try to find some common ground, then argue about why they can’t.

Hayek and Lithgow are always watchable, but they’ve got very little to work with, and the whole thing feels smothered in the kind of righteous sanctimony with which White and Arteta engaged so powerfully in Enlightened.