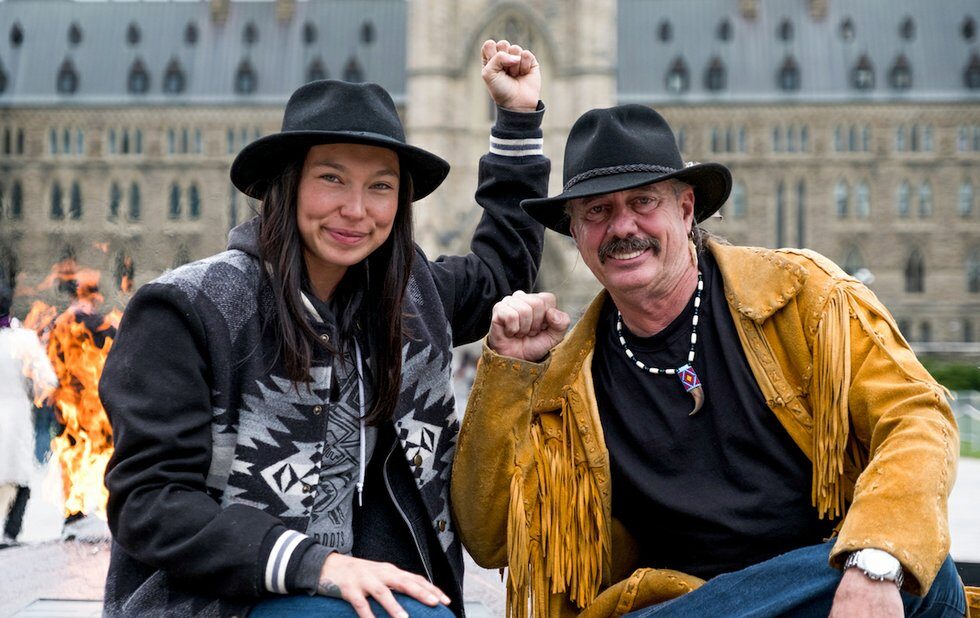 APTN’s Future History spotlights people across Canada who reclaim Indigenous history and culture and find ways to pass it along.

“We’ve offered so much to the world, and its been silenced by colonization,” said Muskrat Magazine publisher Rebeka Tabobondung in the first season’s finale.

The second season, which premieres May 14, is arriving after reconciliation and the reclamation movement has been dealt a blow by the government in Ontario. In December, Doug Ford’s office scrapped the Indigenous Culture Fund (ICF), which was built in response to the Truth and Reconciliation Commission of Canada (TRC) and designed to reclaim and preserve cultural practices and languages once deemed illegal.

The first episode in Future History’s second season begins with an intimate reminder as to why such programs are vital. Co-host Kris Nahrgang visits his mother, Margaret Clark, and discusses his grandmother, a residential school survivor who subsequently hid her Indigenous identity from her family. As a result, Nahrgang, an archaeologist and artist, grew up with his Anishinaabe heritage largely absent from his life.

Nahrgang spends the remaining episode, and presumably the series, immersing himself in his heritage as an act of reclamation. There’s an endearing bit that follows him to an Ojibway language camp, where he’s not allowed to speak English for three days. The struggle to fix coffee with his instructor Albert while searching for the words “milk,” “sugar” and “spoon” is both humorous and hopeful. Classes like this are what the ICF was meant to bring to Ontario’s Indigenous communities.

Future History’s other co-host, Sarain Fox, grew up with her heritage. In the same episode, the activist and artist takes part in a traditional ceremony with her mother, Banakonda Kish. The latter is a Traditional Practitioner and Elder-in-Residence at Wilfrid Laurier University. Fox and Kish prepare a medicine bag before the co-host joins Nahrgang on the show’s mission.

They meet with Dr. Debby Wilson Danard, an Anishinaabekwe Knowledge Keeper in Orillia whose hike with Fox and Nahrgang not only passes along cultural practices but also invites a calming personal reflection about what the show’s journey is all about. Their moment together, deep in the woods, forges a connection between nature, history and spirituality that feels like a mood-setter for the series.

The show, created by Nahrgang and Jennifer Podemski (who also directs), can feel busy with all the voices and spaces it wants to include. Perhaps that’s because there are so many worthwhile contributors fighting to keep the heritage and the environment that feeds it alive, and there remains so much ground to (un)cover.