Review: DC Comics finally gets it right with Aquaman

Jason Momoa's first solo outing as the amphibious hero may not have the highs of Wonder Woman, but it doesn't fall apart in the third act either 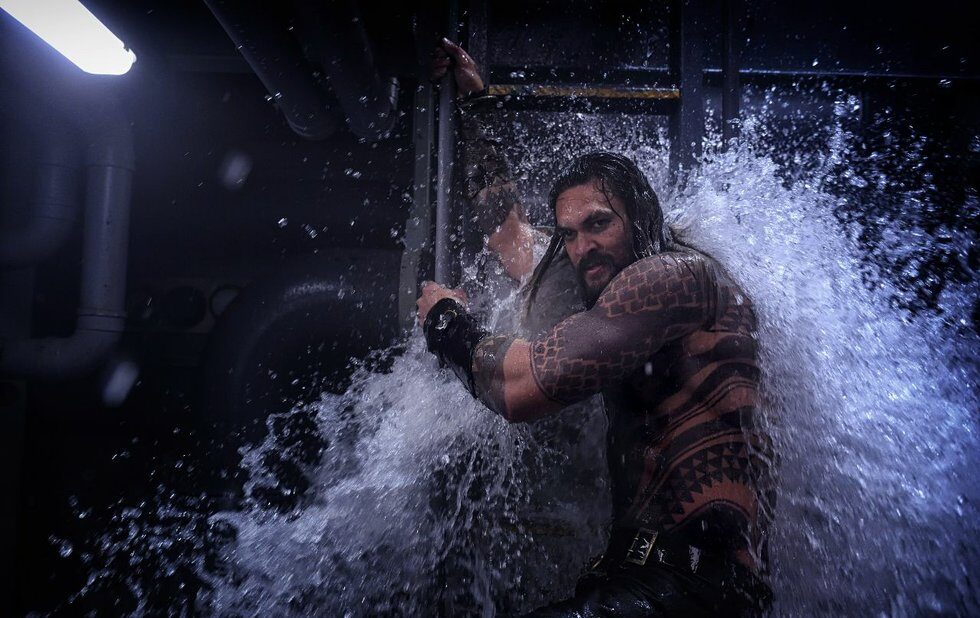 A year after Justice League left everyone wondering why Warner keeps making DC movies if they’re not going to get them right, here’s Aquaman – amazingly enough – to show us they might just be able to fix this thing.

James Wan’s gargantuan undersea adventure is, at long last, the picture where the DC team finally figures out what Marvel understood a long time ago: these movies are based on comic books, and it’s okay to lean into the silliness if you can make it work.

Having made Furious Seven – you know, the one where they dropped muscle cars out of a C-130 transport plane from 10,000 feet – Wan is certainly willing to embrace the more outsized aspects of a movie about a guy who can talk to fish.

Aquaman feels like a deliberate effort to right the DC project by embracing brighter visuals, a more cheerful score and a lighter overall tone. Sure, the fate of the world is once again at stake, but Jason Momoa’s headstrong Arthur Curry, the son of a lighthouse keeper (Temuera Morrison) and Atlanna, Queen of Atlantis (Nicole Kidman), is going to enjoy himself while he saves it.

Aquaman may not have the highs of the No Man’s Land scene in Wonder Woman, but neither does it peak in the second act the way that movie did Wan and his screenwriters keep coming up with new riffs on the standard hero’s journey, in which Curry must seek a legendary trident to unite the seven kingdoms of Atlantis, claim the throne and stop his half-brother Orm (Patrick Wilson) from declaring war on the surface world. It’s basically the plot of Black Panther, if Killmonger was trying to stop chaos rather than start it.

There’s a globe-trotting quest for an ancient artifact, with stops in the Sahara and Sicily. There’s a sidekick, Mera (Amber Heard, first glimpsed in Justice League), who proves more capable than the man she’s supposed to support, and a secondary villain, Black Manta (Yahya Abdul-Mateen II), with a perfectly good reason to want our hero dead. There’s a subplot about Aquaman’s “half-breed” status in the undersea world that Momoa and Wan handle with surprising grace and another about the morality of Orm’s crusade that features an awful lot of talking, but pays off with a climactic battle with crab warriors, giant sea horses and aquatic laser guns that feels like the world’s giddiest Flash Gordon homage.

How did we get here? Who the hell knows – but it plays.

Is it too long? Yeah, probably. Does it contradict some of the things we learned about Aquaman in the Justice League movie? Nothing important. The elements that work far outweigh the ones that don’t. The youthenizing effect used on Morrison, Kidman and Willem Dafoe(!) in flashbacks is janky, but there’s a scene where Momoa and Heard flirt by eating flowers in an outdoor market. Everything else is gravy.