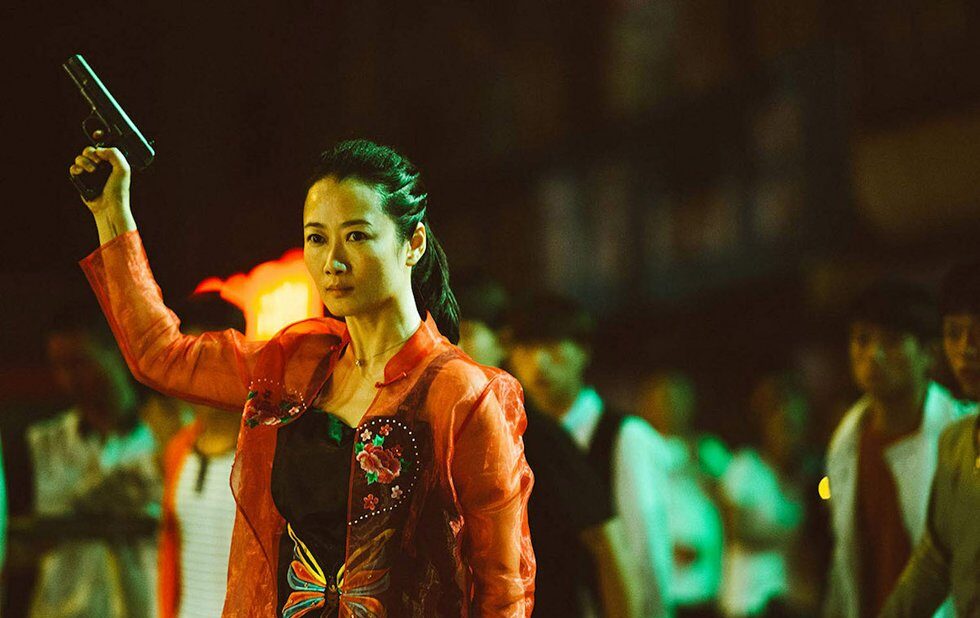 Zhao Tao is as magnetic as ever in Jia Zhang-ke's Ash Is The Purest White.

If Jia Zhang-Kes Ash Is Purest White sometimes feels like a greatest-hits album from one of Chinas greatest living filmmakers, thats not necessarily a bad thing. People love Scorseses Casino, after all, and that movies just GoodFellas transposed to Las Vegas.

Ash Is Purest White is a more complex act of autocannibalism, with Jia drawing from two decades of work, making direct callbacks to his early pictures Unknown Pleasures and Still Life, repeating the three-part, decades-spanning structure of his last film, Mountains May Depart, and playing with tone in a similar way as 2013s A Touch Of Sin. And, of course, the new film stars his real-life partner and regular lead, Zhao Tao.

But when you play a collection of greatest hits, you know the music, and Ash Is Purest White isnt quite that familiar: its a complex relationship drama folded into a gangster movie.

We first meet Zhaos Qiao at a Datong nightclub in 2001, where shes clearly devoted to Guo Bin (Liao Fan), a posturing gunsel with ambitions of becoming a kingpin. (Jia efficiently establishes Bins superficial cool with a cut from the soundtrack of John Woos The Killer.) Their love is true, but their happiness is short-lived: in a clash with a rival gang, Zhao pulls Bins gun to save her boyfriend and is sentenced to five years in prison for possession of an illegal firearm. When she gets out, Bin is gone.

Thats the first movement of a story that will ultimately stretch over 17 years, criss-crossing China and winding its way through Qiaos and Bins lives together and apart as China changes around them.

As always, the state of his nation is an essential element of the drama of Jias film, and Ash Is Purest White bakes a mordant commentary on Chinas embrace of capitalism into Qiaos narrative: shes an excellent negotiator, flattering, cajoling and intimidating people as the situation requires. (Even the incident that lands her in prison is technically the result of a power move.) For all his fronting, Bin is less sure of himself its hard to imagine him rebuilding his life after a prison sentence the way Qiao does.

Zhao is as magnetic as ever as Qiao, and doing something I hadnt seen before: Qiao used to be a dancer, and theres a subtle precision to Zhaos physicality an economy of movement, maybe? that speaks to her history. The way Qiao carries herself changes from 2001 to 2006 to 2018, as she ages, but also as her sense of self evolves its a fascinating performance, maybe Zhaos finest, and her composure makes an immediate, sometimes electric contrast to Liaos swaggering, self-assured Bin though Liao does a fine job of deconstructing that swagger over the years.

As always, Jia makes the complex technical production look effortless, finding a tone that can accommodate vivid nightclub scenes, kinetic fights and long, melancholy silences, depending on whats happening in the moment. And through all of it, Ash Is Purest White gives us the time to think about who these people are, and how their impulsive decisions resonate throughout their lives.

And maybe that explains the greatest-hits thing: perhaps Jias taking stock of his career, just as Qiao and Bin come to terms with their own stories at the end of this film. I hope hes happy with where he ended up. I know I am.