NOW MagazineMovies & TVReviewsReview: Ask Dr. Ruth is an intimate but vanilla portrait of the sex educator

Review: Ask Dr. Ruth is an intimate but vanilla portrait of the sex educator 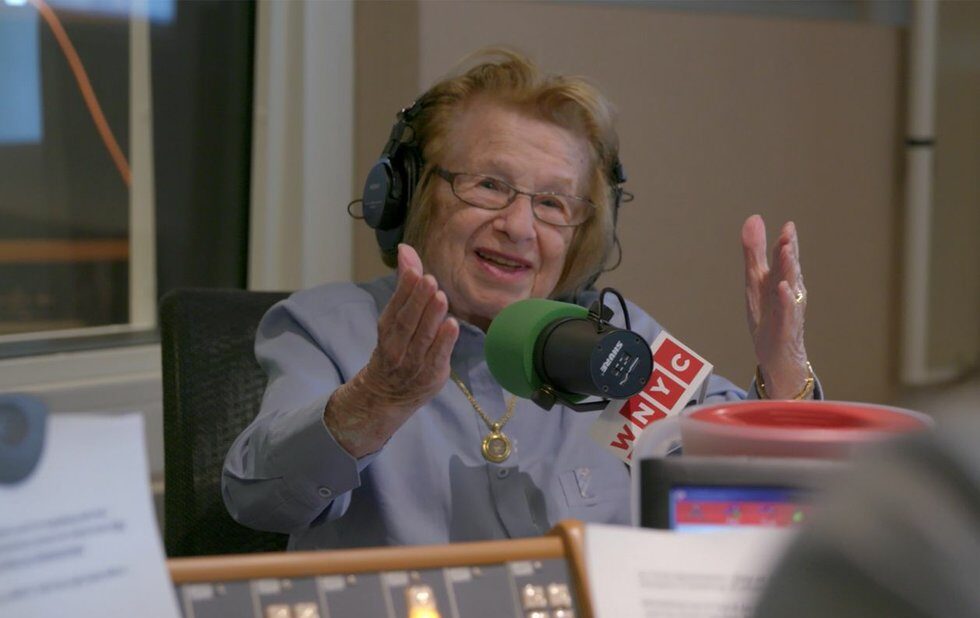 As the battle for sex education in Ontario high schools rages on, it’s clear that modern sex educators who are feminist, queer-friendly and pro-pleasure are more essential than ever. From the mid-80s to early 2000s, many Canadians benefited from Sue Johanson’s Sunday Night Sex Show, a call-in program where the Toronto-based sex educator spoke frankly about what some might consider taboo topics. Around the same time in the U.S., Ruth Westheimer, better known as Dr. Ruth, led the charge on public sex ed.

Ask Dr. Ruth looks back at Westheimer’s 40-year career, while capturing her still-busy schedule as an in-demand sex activist and media personality.

Director Ryan White follows the four-foot-seven outspoken doctor for months ahead of her 90th birthday. She seems as happy and vivacious as ever, spending time in Brooklyn with her children and grandchildren in between stints on radio shows and daytime TV.

But her life now is almost unimaginable, considering her dark history as a young girl born to an Orthodox Jewish family in Frankfurt, Germany. Orphaned at the age of 10, Westheimer moved to Switzerland, Palestine and finally New York where she built the successful and at times controversial career she has today.

White devotes plenty of time delving into Westheimer’s past, using basic animation and illustrations to depict her escape from the Holocaust. It’s essential to her story, no doubt, but dulls what could have been an edgier doc into your run-of-the-mill biography.

While White has created an intimate portrait, the doc leaves us asking the question, “Why now?” He doesn’t connect his subject to current debates around sex education, women’s health and sexual violence. Instead, Asking Dr. Ruth offers an enjoyable-enough recap of once-taboo topics, but in today’s age of sexual awareness and information, it feels a little too vanilla.