NowMagazineMovies & TVReviewsReview: Assassination Nation has style but not a lot to say

Review: Assassination Nation has style but not a lot to say 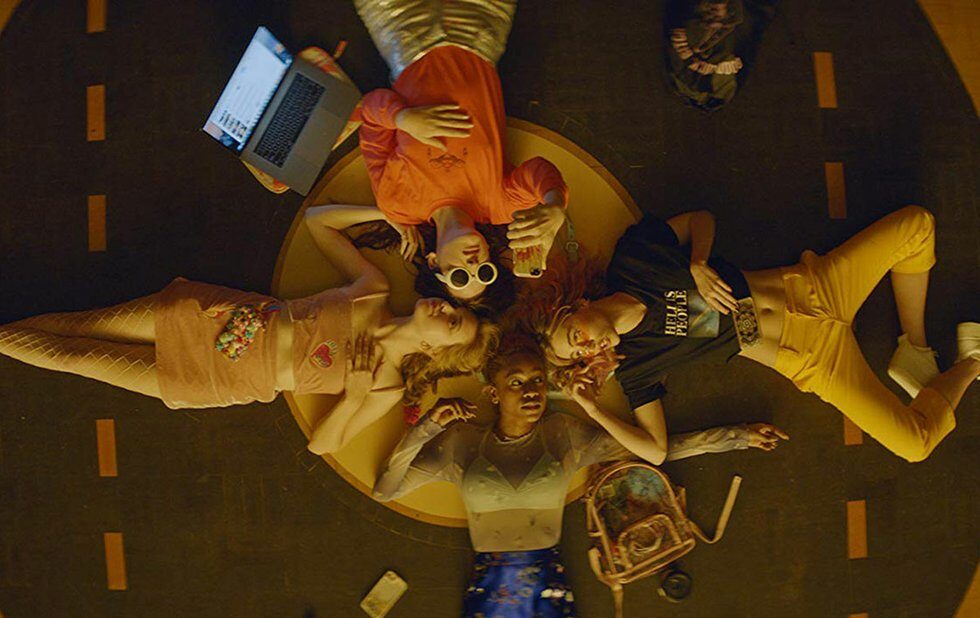 The trigger warning splashed across the screen in Assassination Nation’s opening announces “toxic masculinity” and “transphobia” – attitudes we’re going to inevitably encounter in a story about high school kids whose private online lives explode out into the open and wreak havoc on their small town.

Odessa Young (astonishing) plays Lily, a Lolita-like teen who, along with her entourage, straddle the fine line between exploitation and empowerment. They become prey when hackers expose people’s dirty laundry and turn the town into a violent mob looking for someone to physically hack.

Director Sam Levinson (son of Barry) has style to show. An early house party scene using split screens to capture the various dramas going down in every room is testament to his skill and youthful cred. His calling card moment is a terrific long take creeping outside a house as various bad men spy on what the girls inside are doing.

This is also the turning point in the movie. Having already tagged all the talking points that incite woke Twitter’s outrage, the movie essentially gets backed into a corner with nothing to say, giving way to a bloodbath meant to feel like girl power retribution.

That’s all fine and basic, but what really gets cumbersome is how precious Levinson is with POC characters. He’s a white male director, and so seems cautious about casting any negativity on his Black or Latinx characters. But in a film where everyone ranges from disgusting to damaged, these moral POC characters are also the ones whose roles become minimized.

Playing the sole Black girl in Lily’s entourage, singer Abra is left in the background. Until the film’s very end, that is, where she is literally paraded across the screen.