Review: At Eternity’s Gate is a devastating portrait of Van Gogh 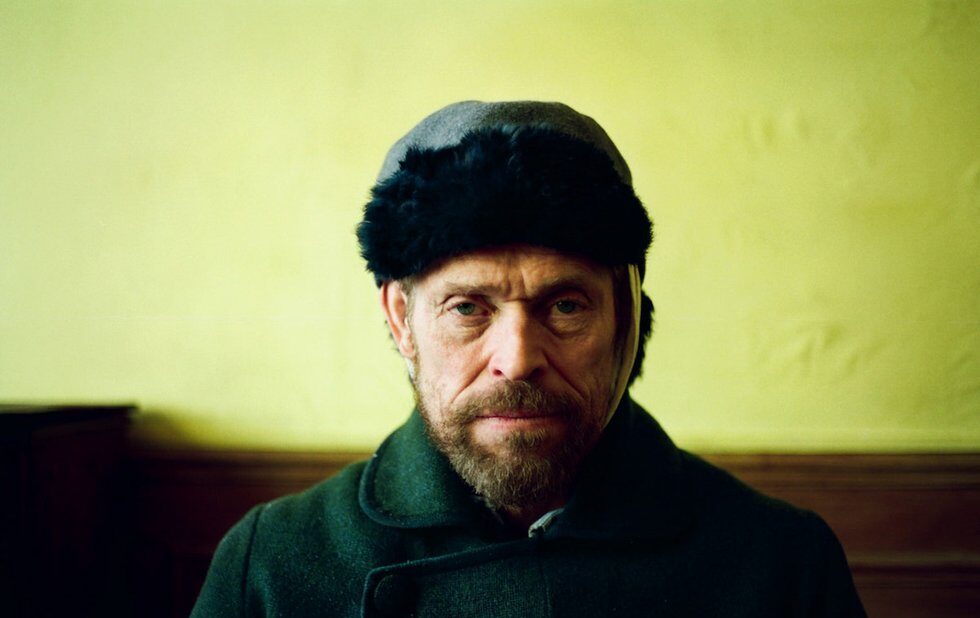 Perhaps the only fact people know about Vincent van Gogh, other than the thing about the ear, is that he died without ever selling a painting. Drawing on Van Gogh’s notes and letters, Julian Schnabel (and co-writers Jean-Claude Carrière and Louise Kugelberg) have made a movie that avoids the larger-than-life mythology and simply imagines what it was like to be him. And in so doing, At Eternity’s Gate gives the man the clarity he never found in life.

At Eternity’s Gate is not the first film to dramatize the final years in the life of Vincent Van Gogh, and it won’t be the last. But this one tries to put us inside the artist’s head, showing us his struggle to understand the world: it’s an impressionistic movie about an Impressionist.

That could have been a joke, but Schnabel delivers on that premise with an immersive, emotionally devastating portrait of a man who only knows one way to live, and the tragedy of his dedication to his purpose.

Previous treatments of Van Gogh have focused on one specific trait to the exclusion of all else: Vincente Minnelli and Kirk Douglas realized him as a holy fool in Lust For Life, while Robert Altman and Tim Roth saw him as a dull-eyed compulsive in Vincent & Theo. A year after Altman’s film, Maurice Pialat and Jacques Dutronc viewed the artist, in his final months, as simply exhausted in Van Gogh.

At Eternity’s Gate draws from a broader palette. Willem Dafoe’s performance is like an open wound: his Vincent is scraped raw, but still full of feelings he can’t properly articulate. And the actor being a quarter-century older than his character is a feature, not a bug: opposite Rupert Friend as Vincent’s brother and patron Theo, Dafoe looks like a man who’s walked a much harder road.

This Vincent is an outsider to his community as well as his family. His focus and agitation alienate other artists, who prefer the sort of mavericks who are more fun to drink with. Oscar Isaac turns up as Paul Gauguin, who admires Vincent’s work and does his best to encourage him but also has his own life and own career, to which he retreats when it becomes clear Vincent has no intentions of doing anything other than eating, sleeping and painting.

But Gauguin does point him south, to Arles. The light is better there, he says. And it is. Schnabel and his cinematographer Benoît Delhomme shift from a gray Paris to a French countryside that feels as restorative as it must have felt to Van Gogh. There are moments in At Eternity’s Gate that feel close to the swirling rapture of Terrence Malick’s films, hinting at a communion in the fields. But whatever Vincent sees, and whatever he paints, it isn’t enough. The money runs out. The despair returns. And we are stuck with him in his little room, which grows colder as the nights grow longer.

It’s an entirely different experience than the other Van Gogh biopics (and the gimmicky Loving Vincent), following the man as he reaches over and over again for that transcendent moment in which he can explain himself and his art. He comes closest in a long conversation with a priest (Mads Mikkelsen) at the sanitarium in Saint Rémy du Provence – a scene that could play as a perfectly crafted short film about two intelligent, educated men attempting to bridge the chasm of their radically different philosophies. Both are chasing some ineffable truth, but it’s not the same truth, and they can’t understand why that should be.