Marvel Studios' decade-long project delivers a finale that remixes its greatest hits to show us how much Tony Stark, Steve Rogers and their super-friends have changed since we first met them 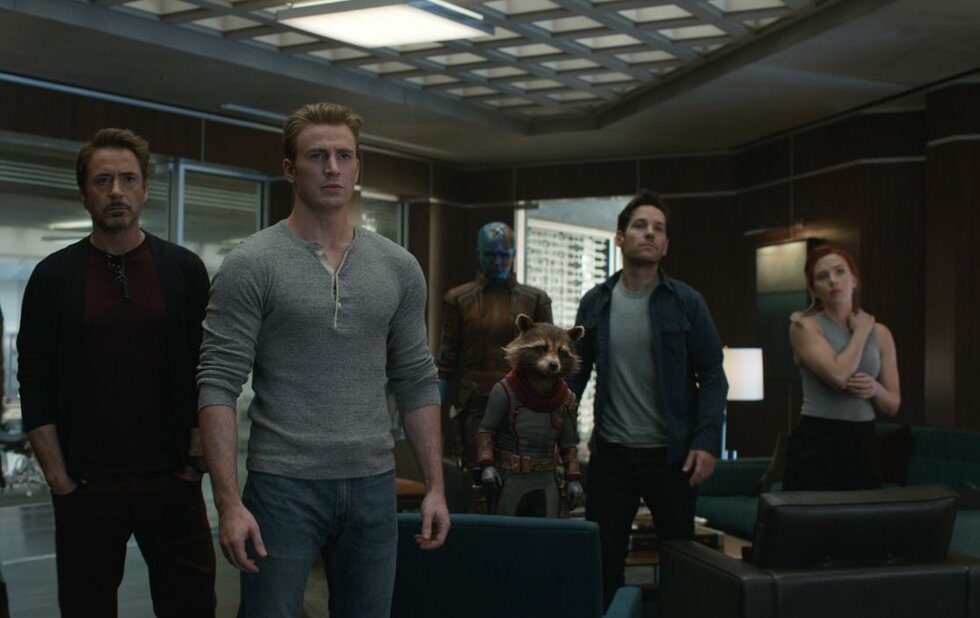 Last year, when Avengers: Infinity War ended with half of all life snapped out of existence – including Spider-Man, the Black Panther, Doctor Strange, most of the Guardians Of The Galaxy and Nick goddamn Fury – it was clear it wouldn’t be permanent. Half of those guys had sequels in development, after all, and Marvel Studios is not known for leaving money on the table.

And when Brie Larson made her debut as Captain Marvel earlier this spring, that fulfilled the promise from Infinity War’s post-credits 911 call: surely the most powerful character in the Marvel Cinematic Universe would show up, help our heroes knock Thanos on his ass and undo what he’d done, putting reality back to rights and giving us a happily ever after.

Well, they try that. And it doesn’t work. (Don’t worry, that’s the only spoiler I’ll offer.) And that’s when Avengers: Endgame rolls out its most daring gambit: mourning.

My biggest problem with Infinity War was that for all the fun team-up action, it was busy to the point of monotony: everybody was racing from one battle to the next, with every conversation cut short by an explosion or a sacrifice.

It was passable as a Marvel movie – and one can appreciate what does work about it a lot more on second viewing – but it was more Age Of Ultron than Winter Soldier: a massive narrative was unfolding, but the world-building overpowered the emotional stakes. Until the last few minutes, of course.

If all of this seems incomprehensible to you, I don’t know what to say; there have been 21 of these things so far, starting with 2008’s Iron Man. And while most of Marvel’s movies try to accommodate new viewers, this one doesn’t have the time to bring people up to speed. Endgame is not for the casual viewer any more than the last Harry Potter films were, or the third Lord Of The Rings movie was, or any other long-running franchise entry is; that’s not what it’s for. This one’s about wrapping things up, though screenwriters Christopher Markus and Stephen McFeely and directors Anthony and Joe Russo use a Möbius strip rather than a conventional bow.

After the frenzy of Infinity War, Endgame is much less concerned with momentum, at least in its initial movement. It’s about defeat, and grief… and what happens when heroes are so badly beaten that they don’t want to get up again. For all of its galactic scale, this is a study in small moments between people who are suddenly alone with themselves. (It’s not unlike the HBO series The Leftovers, which means Carrie Coon’s casting in Infinity War is now technically foreshadowing.) And then someone turns up with an idea, and hope is reintroduced to the world.

From that point, Avengers: Endgame becomes something much more familiar, not just in terms of its tone but in its points of reference as well. There are moments when it wants to be every Marvel movie at once – which is a far more complicated juggling act than you’d think.

I can only speak for myself, but I was delighted by the directions Endgame takes. When it finally fires up its big plot engine, the movie plays like a remix of Marvel’s greatest hits, riffing on 40 hours of cinematic continuity and using the elastic nature of its comic-book origins as a strength.

References pile upon references, paths cross in unexpected ways, and by zooming in on the original Avengers – Iron Man (Robert Downey Jr.), Captain America (Chris Evans), Thor (Chris Hemsworth), the Black Widow (Scarlett Johansson), Hawkeye (Jeremy Renner) and the Hulk (Mark Ruffalo) – and noting the ways in which they’ve changed since we first met them, Markus and McFeely keep the focus intimate even as the stakes are massive. Paul Rudd, who was absent from the last movie, turns up to add the spark of wide-eyed comic relief that Tom Holland provided as Spider-Man; other surviving characters also contribute invaluably to the goings-on – and no, I am not going to tell you who they are.

In some ways, it’s absolutely fan service. In others, it’s about giving these characters the triumphs they’ve earned, or moments of grace amidst the massive, pinwheeling machinery. The giant battles are similarly spotted with thrilling, rousing personal moments: yes, the climax is once again that thing where software fights software, but not all the time: sometimes all you need is a wink between allies, or an unexpected transfer of power, or a moment where we get to see just how big a tent this franchise has built over the years. I can think of one in particular that’s going to bring the house down.

There will be complaints about the final reel, which offers more endings than The Return Of The King. Once again: it worked for me, especially the last beat. Maybe it’s that I’ve cared about these characters for my entire life; maybe it’s just that the actors playing them in these movies have captured the specific qualities that made them resonate through the decades, or found ways to make those qualities seem human-sized and endearing. (I’m looking at you, secret comic genius Chris Hemsworth.)

Anyway, as someone who’s always looking for the artistry rather than the machinery, I’m very happy to have underestimated Endgame. Marvel – and the Russos – saved their best stuff for last.