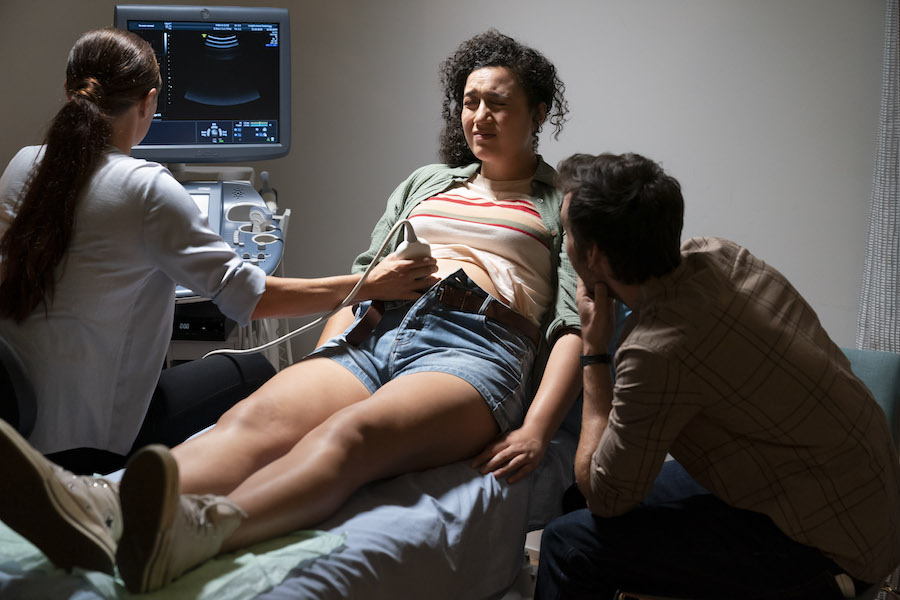 Maybe it was the cheerful, light tone; maybe it was the sly commentary on the expectations society places on expectant mothers. Or maybe it was just the protagonist’s goal of getting on a plane and going to Vancouver for an international tree-climbing competition. Whatever the reason, Curtis Vowell’s Baby Done landed just right for me, and I think you might enjoy it too.

Vowell’s quarter-life crisis comedy follows a pair of Auckland arborists Zoe (Rose Matafeo) and Tim (Matthew Lewis) as they process the news of a pregnancy very differently: he embraces the impending responsibility, while she freaks out and tries to arrange a bucket list of challenging or dangerous things in the time she has left.

Challenging the premise of comedies like Knocked Up by making the expectant mother the irresponsible one is a fine idea, but Sophie Henderson’s script doesn’t stop there: Baby Done gives both of its leads full emotional lives as they struggle separately with the weight of becoming parents, and whether that means their interesting, independent lives are really over. (The movie takes its title from Zoe’s grim take on adulthood: “Married, house, baby, done.”)

And Matafeo (a sketch comic in her first film lead) and Lewis (looking more like Luke Wilson than Harry Potter’s Neville Longbottom these days) find the comedy in their characters’ panic, but also the pathos: Tim’s compulsion to step up in every possible way is simultaneously charming and obnoxious, while Zoe’s reflexive denial of her condition plays as both a running gag and a sublimated cry for help.

If none of this has grabbed your interest, I can also point out that Baby Done boasts Taika Waititi among its producers, and features members of his repertory – like Eagle Vs. Shark’s Loren Taylor and Hunt For The Wilderpeople’s Rachel House – among its supporting cast. (It’s the closest New Zealand cinema comes to a seal of approval.) But really, watch it for Matafeo and Lewis. They’re interesting actors who give Zoe and Tim a fun, flinty chemistry, and it was a pleasure to spend an hour and a half watching them figure their stuff out.