Review: The Coens explore western tropes in The Ballad Of Buster Scruggs

Six-part anthology film about the American frontier makes terrific viewing, whether on the big screen or on Netflix 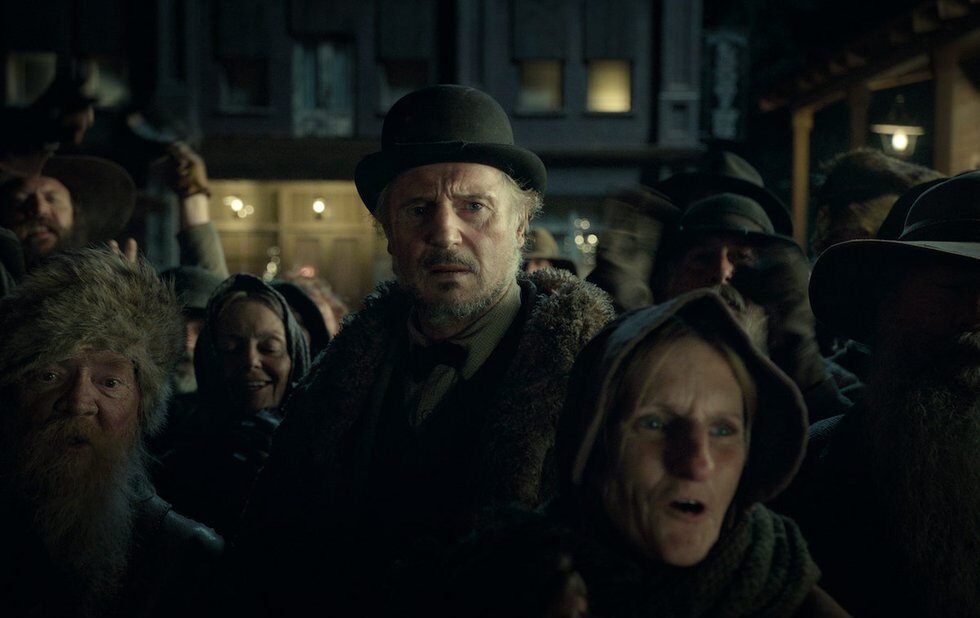 Liam Neeson plays the travelling showman in The Ballad Of Buster Scruggs.

There’s some question as to whether Netflix originally commissioned Joel and Ethan Coen’s The Ballad Of Buster Scruggs as a six-episode series, or as a feature film composed of multiple stories. It really doesn’t matter. Watch it straight through or break it up into chunks the thing plays.

Framed as an adaptation of a (fake) book from the 1870s – with a hand appearing to open the tome and turn the pages to introduce each tale, pausing to savour a lushly coloured illustration – Ballad offers an increasingly mournful look at the mythology of the American frontier. It starts out as a jaunty romp about a singing cowboy, then turns darkly comic, then tragic and ends on a note of simple despair. It’s a heck of a ride.

In each story, the Coens examine a specific Western trope: the singing cowboy (Tim Blake Nelson), the bank robber (James Franco), the travelling showman (Liam Neeson), the grizzled prospector (Tom Waits), the conflicted pioneer (Zoe Kazan), the stagecoach passengers (Brendan Gleeson, Tyne Daly, Saul Rubinek) riding into the unknown. And they flesh those characters out, giving them a humanity that reveals the depravity, desperation and barely suppressed terror that was papered over by all the manifest-destiny mythmaking.

Well, most of them I expect there will be some blowback over the reductive depiction of Native Americans as violent raiders. I would also submit that the entire film is intended as an interrogation of Western stereotypes, and the way histories are written by the conquerors. It’s the Coens. They don’t do anything thoughtlessly.

It’s a shame most people will experience The Ballad Of Buster Scruggs on Netflix rather than seeing it on a big screen. As with almost every Coens project, it’s gorgeous to look at and the soundscape is marvellously detailed.

But even if you watch it on your phone, there’s an integrity and a weight to the thing that lingers long after the last page is turned. And a couple of awfully catchy songs.