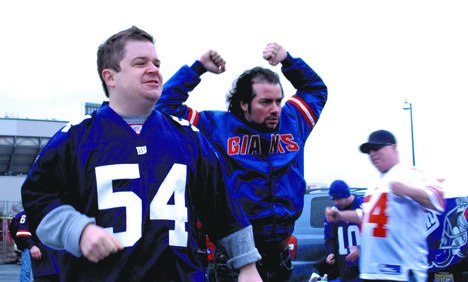 Robert D. Siegel, screenwriter of The Wrestler, makes an assured directorial debut with this intense, focused study of a 36-year-old Staten Island parking attendant (Patton Oswalt) who lives only to support his beloved New York Giants.[rssbreak]

Siegel, who used working-class fandom as a backdrop in The Wrestler, plunges fully into it here, and Oswalt conveys a simmering, impotent rage as dull-eyed Paul Aufiero, who spends all his time composing banal rants for a radio call-in show and rejecting his family’s repeated attempts to pull him out of his shell.

When a chance encounter with the Giants’ star quarterback lands Paul in the hospital, things seem poised to change, but that’s not quite what happens. Instead, Paul burrows further and further into himself – and the film finds squirmy, uncomfortable tension in what might happen next.