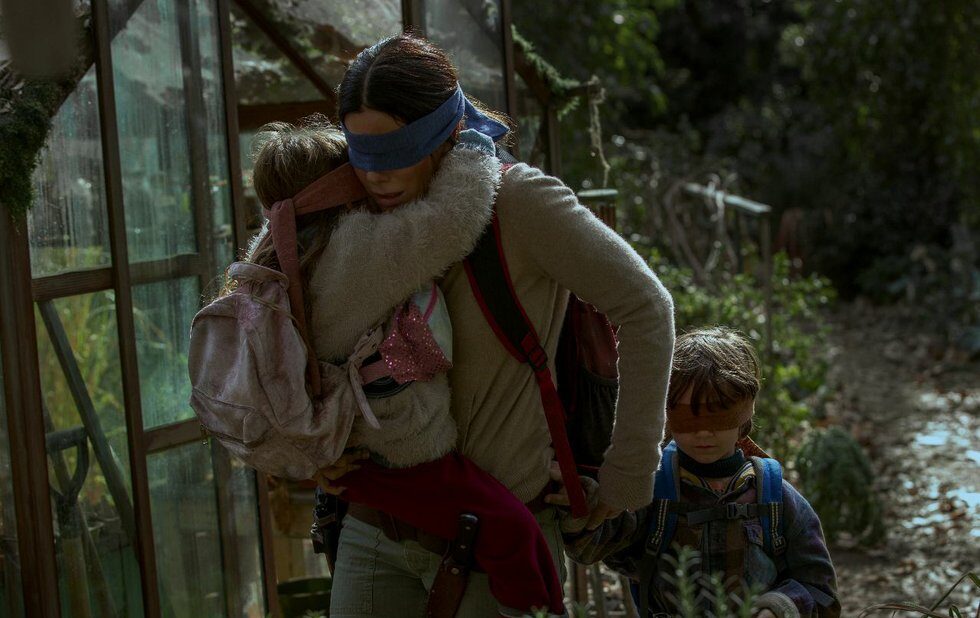 In horror films, the scariest things are often the ones you don’t see. The effective new Netflix movie Bird Box takes that notion a step further. What you see could literally kill you.

This clever adaptation of Josh Malerman’s nail-biting thriller imagines a world decimated by a mysterious entity that, once seen, causes you to go mad and kill yourself.

So survivors like Malorie (Sandra Bullock) and the two children she calls Girl (Vivien Lyra Blair) and Boy (Julian Edwards) have to cover their eyes with makeshift headbands when they’re outside navigating a river to get to some place that may be a sanctuary… or may be a trap.

Oscar- and Emmy-winning director Susanne Bier (In A Better World, After The Wedding) does a solid job with her first genre project, especially in a jaw-dropping sequence 10 minutes in depicting the plague’s spread in Malorie’s California town.

Bier’s helped by a script that, shuttling between Malorie’s present and five years earlier, does an effective job of building character and dread.

What happens to the house full of strangers – played by a motley crew of actors including B.D. Wong, John Malkovich, Jacki Weaver, Trevante Rhodes and Lil Rel Howery – Malorie initially finds herself holed up with? Oh, we will bloody well find out.

With nods to everything from The Mist and The Happening to The Road, the film ratchets up the tension until the final few minutes.

And Bullock delivers a convincing portrait of a woman in danger of losing her humanity, although she wears a bit too much makeup for someone trying to survive an apocalypse.