Review: Birds Of Passage tells a narcotics tale with weight and mystique 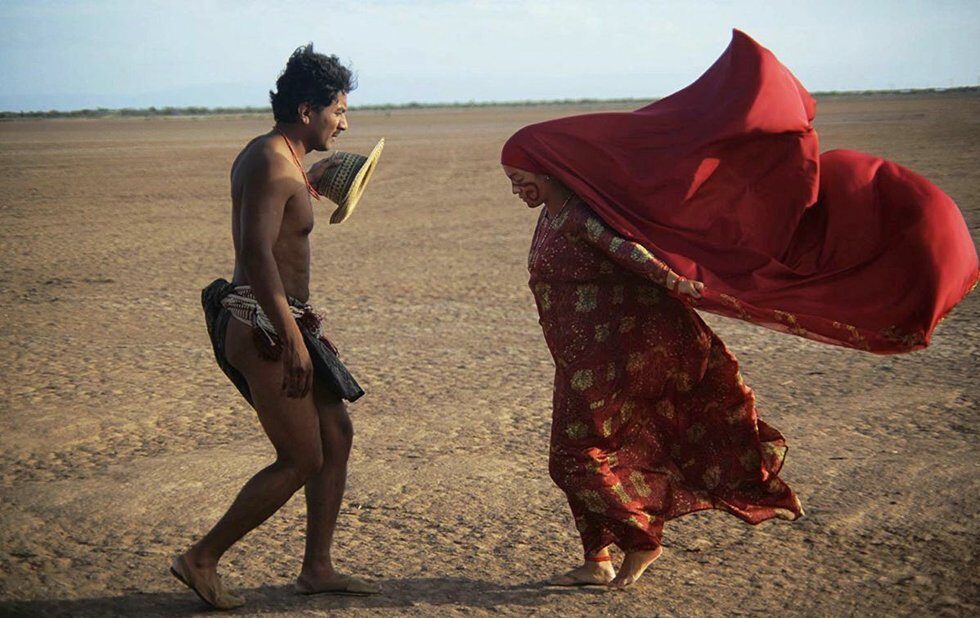 The Colombian drug runner in Birds Of Passage enters the marijuana business for reasons I don’t recall ever seeing on screen before.

Rapayet (José Acosta), a passive but thoughtful soul, starts selling to visiting gringos because he needs the profit to buy 30 goats, 20 cows and some necklaces. That’s the dowry demanded from him if he wants to marry a young Wayúu girl named Zaida (Natalia Reyes) and win approval – if only for a fleeting moment – from her headstrong mother and clan matriarch Úrsula (Carmiña Martínez).

Such personal and cultural stakes, with the tragic conflict between Indigenous clans and New World capitalism underpinning every transaction, gives Birds Of Passage both profound weight and heightened mystique.

We first meet Rapayet and Zaida at a tribal ceremony celebrating the latter’s womanhood. They perform a ritual dance she’s in a flowing red gown and he’s half-naked, circling as if stalking prey. It’s a ceremonious beginning to a courtship where Wayúu customs are negotiated throughout marriage, parenthood and pre-Escobar drug wars.

This poetic film, directed by Cristina Gallego and Ciro Guerra (Embrace Of The Serpent), is a beauty, soaking up the colourful Wayúu garments against an austere landscape. They tell a classic rise-and-fall crime story as elliptically as a dream while giving spiritual visions and traditional interpretations as much authority as a loaded gun.