NOW MagazineMovies & TVReviewsReview: Black And Blue could’ve been so much more

Review: Black And Blue could’ve been so much more

Thriller starring Naomie Harris as a rookie cop on the run in New Orleans has all the ingredients to work, but gets the recipe wrong 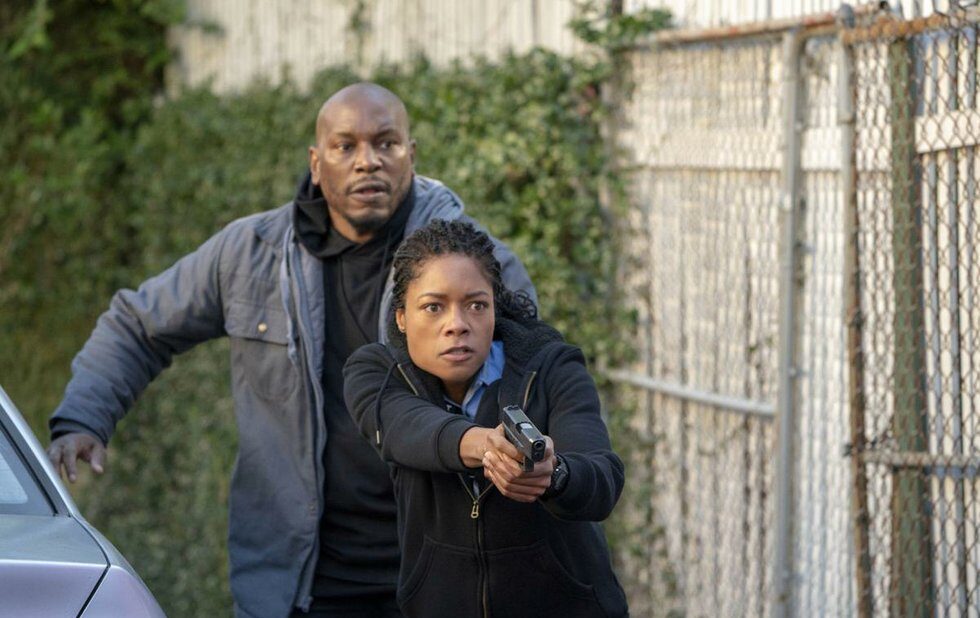 You know that feeling when a movie’s sort of okay, but you know it’s never going to realize its full potential? We’ve all been there. It happens in Deon Taylor’s Black And Blue, a cat-and-mouse thriller with a loaded premise, a really engaging cast and the money to pull off a couple of good set pieces. It has all the ingredients to work – it just gets the recipe wrong.

Black And Blue stars Naomie Harris, of Moonlight and Moneypenny fame, as Alicia West, a rookie New Orleans police officer who sees something she shouldn’t, and then must flee the dirty cops who want to destroy the evidence captured by her body camera. The twist: even though Alicia grew up in the neighbourhood where she’s now a target, people now see her as the enemy because she wears a badge. And things grow even more desperate once those dirty cops frame her for the murder of a drug kingpin’s nephew, giving the local gangs a reason to hunt her down.

The idea isn’t bad, and the execution is just fine. The actors are interesting and engaging, with Harris anchoring a solid cast that also features Tyrese Gibson as a helpful civilian, Frank Grillo as a calculating heavy and Mike Colter (Luke Cage himself) as that aforementioned kingpin, a snarling gangster who arrives at a murder scene styled to look like Isaac Hayes. You’d watch a movie with those people in it, right? I just wish there was a better one.

Screenwriter Peter A. Dowling (Flightplan, Reasonable Doubt) sets up the key conflicts and stakes efficiently, dropping little hints about Alicia’s backstory and the specific racial tensions she deals with every day. But then the cat-and-mouse plot kicks into action and there’s still an hour left to go. As the characters just chase each other around the same two or three blocks, you start thinking of at least six or seven better versions of this movie that you’d rather be watching.

Taylor, fresh off the Dennis Quaid/Michael Ealy thriller The Intruder, loves shots of cars screeching into frame and slightly slo-mo shots of characters realizing they’ve been duped, but a pulpy action thriller like this needs a point of view – or even just a distinct style – to snap its various parts together.

Imagine how the Walter Hill of Trespass or Carl Franklin of One False Move might have approached this, and you’ll be thinking of a much stronger movie. I know I was.