NOW MagazineMovies & TVReviewsBlade Of The Immortal is bloody great fun

Blade Of The Immortal is bloody great fun

Takashi Miike’s samurai actioner splatters itself across the screen 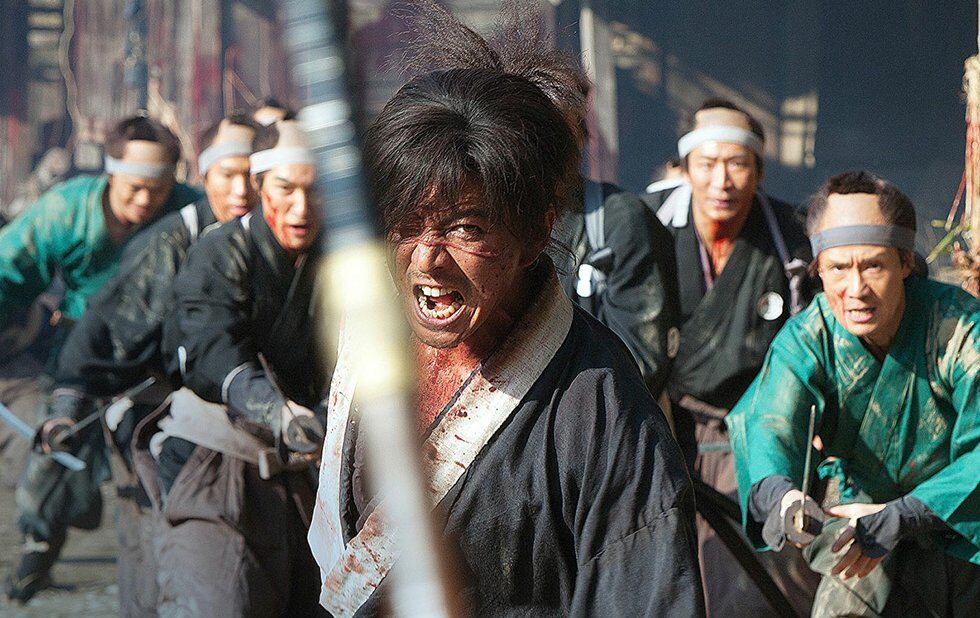 The incredibly prolific Japanese auteur Takashi Miike claims to have made 100 movies over the last couple of decades, and I believe him he churns out so many features, and works with such zeal, that the number seems a little low.

Fans of Miike also know that his body of work is as uneven as it is expansive. So it’s nice to be able to say that Blade Of The Immortal is bloody great fun.

Based on the manga by Hiroaki Samura, it’s a spectacular, energetic and almost exhausting samurai actioner that splatters itself across the screen with Miike’s signature enthusiasm.

The film stars Takuya Kimura as Manji, a samurai given endless life by mystic bloodworms that knit him back together after every injury. (It’s either a reward or a punishment for slaughtering dozens of assassins in a single battle the movie remains ambivalent.)

For 50 years, Manji has forsaken his murderous existence to live in lonely peace. But he’s drawn back to violence when the young Rin (Hana Sugisaki) recruits him as her bodyguard while she hunts down the fascist (Sôta Fukushi) who killed her parents.

Western audiences might see parallels to this spring’s Logan, Hugh Jackman’s last outing as Wolverine, but Miike and screenwriter Tetsuya Oishi are reaching much further back, to the stories that inspired the comics creators to send the invulnerable X-Man to Japan in the first place.

And then, having established their premise, they just go for it, setting Manji and Rin against dozens of enemies as they pursue the path of righteous vengeance. Miike soaks them in blood and gore, and you can tell he’s having the best time. So will you.