The concept is clever and the cast is gifted, but the film feels rushed and frenzied 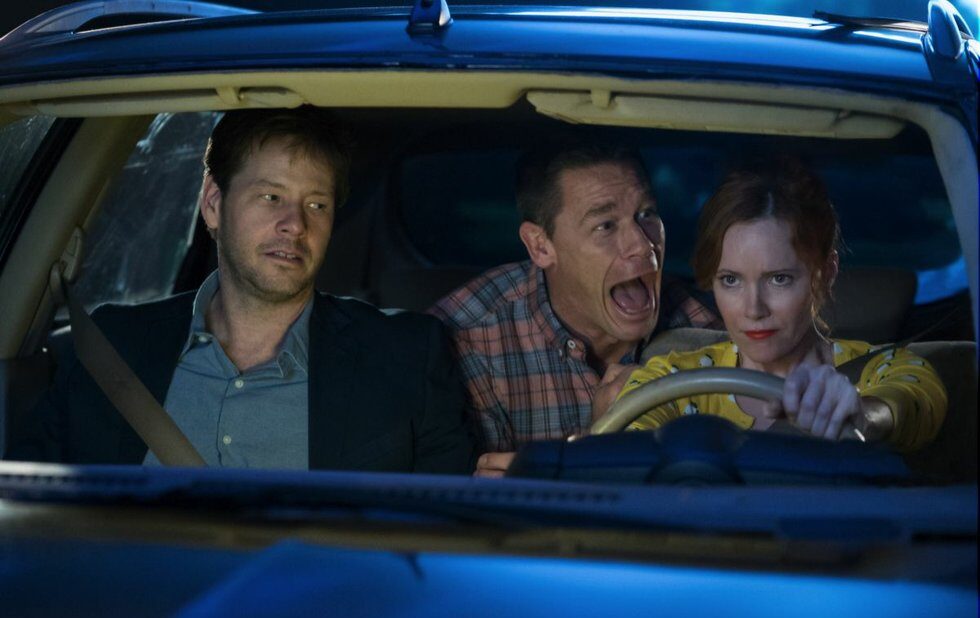 Blockers feels like a B version of producers Seth Rogen and Evan Goldberg’s Neighbors movies, finding a new generational conflict and spinning it into a feature-length comedy.

The thing is, the Neighbors films take their time developing the characters’ anxieties, allowing actors the space to figure out how to handle a scene, land a laugh or show a flash of vulnerability. This one, not so much.

Blockers is a messy, frantic comedy about three parents (Leslie Mann, John Cena, Ike Barinholtz) trying to keep their teen daughters (Kathryn Newton, Geraldine Viswanathan, Gideon Adlon) from having sex on prom night. That’s it – that’s the whole deal. The kids wander from party to party with their dates, while the parents skulk along behind them or stampede to the next location like maniacs.

The concept is clever – the parents are overprotective idiots, while the kids talk things through and know their own minds – and the cast is gifted, but the whole thing is so rushed and frenzied that it’s impossible to get invested in anything that’s happening.

Maybe first-time director Kay Cannon (who wrote the Pitch Perfect trilogy) needed more time to rework Brian and Jim Kehoe’s script to find the right balance of feeling and farce. Instead, interesting character beats are buried under a flood of awkward nude scenes, gross-out stunts and a compulsion to squeeze in more and more peripheral characters who just don’t matter.

I did enjoy watching Ramona Young as a self-confident young woman who shows up to distract one of the girls. Sure, she does the same deadpan thing she brings to Santa Clarita Diet, but somehow wearing a Galadriel cape makes it very different.