Joseph Kahn's profane musical is smartly constructed and full of thrills, but its satire of internet discourse is uneven 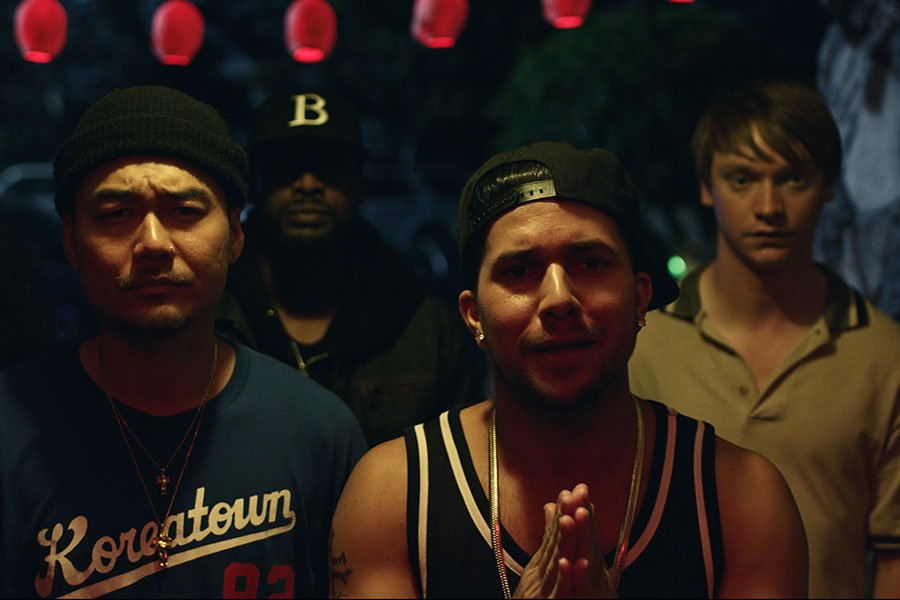 Misogynist, racist and homophobic insults fly fast and furious in freestyle battle rap, a strain of hip-hop in which two MCs face off with a series of improvised disses.

Nothing is too offensive… or is it? This genre has its own limits and that’s what director Joseph Kahn (Detention) puts to the test in Bodied, an often-thrilling peek into a subculture that is frequently undermined by the kind of one-dimensional characterizations it seeks to push back against.

What follows is a timely satire of both identity politics and cultural appropriation as Adam befriends a group of Bay Area battle rappers played by a mix of actors and real-life rappers, including Korean-American Prospek (Jonathan “Dumfoundead” Park) and the scene’s only female battler, Devine Write (Shoniqua Shandai).

Bodied doesn’t judge or attempt to justify any of the offensive rhetoric used in battle rap. Instead, it presents a diverse group of characters who accept the rules of the game yet nonetheless grapple with their creative outlet’s intense focus on identity.

In one brilliant scene, Park and Shandai’s characters face off by roasting themselves with all the clichéd things people say about Asians and women. They must fight harder to reclaim the things everyone uses against them – and that becomes the fuel for their creativity.

Unfortunately, the movie falls on its own sword with a rote view of Maya and Adam’s liberal friends. Similar to Justin Simien’s 2014 film Dear White People, condescending caricatures (preppy gay guys! White vegans with dreads!) only serve to make the filmmakers seem as pious as the white liberals the film is satirizing. Bodied’s crazed energy and increasingly self-reflective tone somewhat offset these clunky characterizations.

More effective are the battle scenes, which Kahn frames like boxing matches with all manner of stylized camera angles and editing tricks immersing viewers in the action. The flows and rhyme schemes are impressive (executive producer Eminem clearly ghostwrote a few lines), and Worthy holds his own surprisingly well against seriously skilled MCs like Park.

Bodied wants viewers to understand the highs (and lows) the characters experience in doing what they do, whether you morally co-sign or not. And like all good musicals, the movie advances the bulk of the emotional drama in the battle scenes, which become less funny and more personal and painful as Kahn gradually subverts the path his well-worn narrative set-up – the well-to-do white guy interloper “discovering” and “mastering” an aspect of another culture – has normally taken. The ultimate offense in Bodied, it turns out, is more insidious than an insult.