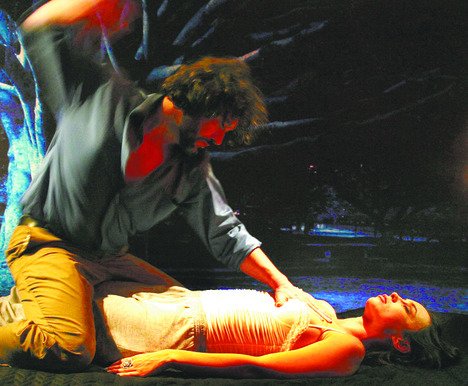 Initially, Rossana Foglia and Rubens Rewald’s Body (Corpo) wraps the legacy of Brazil’s social and political nightmare under military dictatorship in the 60s and 70s in the structure of a CSI episode.[rssbreak]

Set in present-day São Paulo, it tracks the efforts of a coroner, Artur (Leonardo Medeiros), to identify a female corpse. But this is no ordinary body it’s been discovered, along with hundreds of bones, in a mass grave from the junta era.

Artur’s obsession with naming the corpse leads him to some curious discoveries, not the least of which is an eccentric young woman (Rejane Arruda) who’s the spitting image of the decades-old cadaver.

Things just get more complicated – and more uncertain – from there, as Foglia and Rewald abandon conventional storytelling to strike a mood of clammy ambiguity, with the tendrils of the unknowable past reaching forward into the present and confounding everyone.

A poster for Antonioni’s Blow-Up in someone’s bedroom is a clue to the directors’ ultimate intentions. To their credit, the reference doesn’t feel forced.