Multiple Canadian Screen Award nominee doesn’t offer many surprises, but it is still delivers on its familiar premise 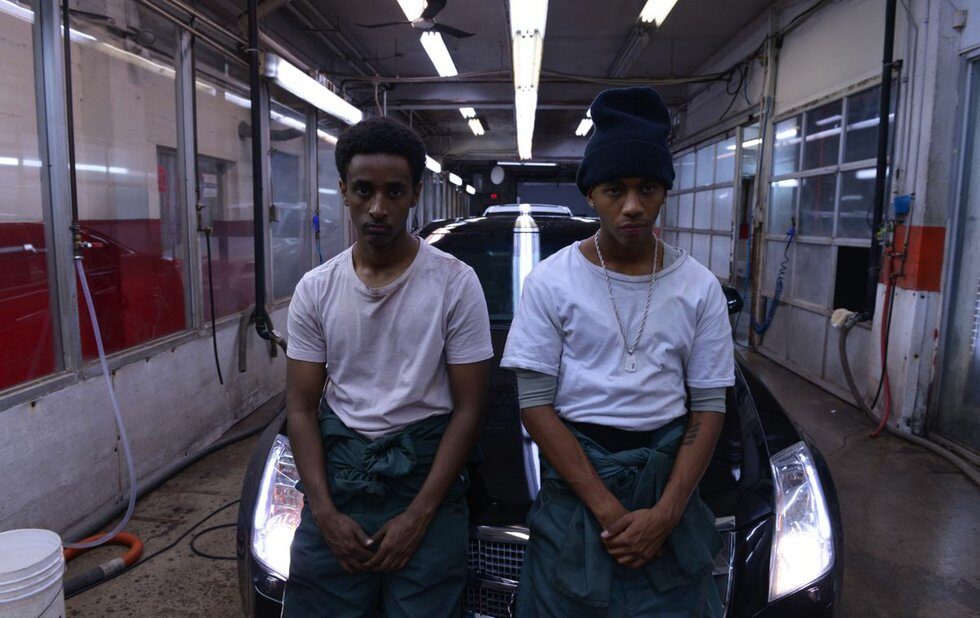 Darren Curtis’s Boost doesn’t break any new ground, but then I don’t think it’s trying to. It’s another one of those thrillers about teenage friends whose impulsive behaviour sets them on a collision course with real criminals. There are hundreds of movies like it – the teens-in-trouble genre has been chugging along steadily since the delinquent cycle of the 50s – and most of them are pretty bad.

Boost isn’t bad, though, and a lot of it is pretty good. If the title sounds familiar, you may have caught wind of it at the Toronto Black Film Festival last month, or in January when it racked up five Canadian Screen Awards nominations.

The movie – Curtis’s second feature, and different in almost every way from his 2008 debut Who Is KK Downey? – tracks the paths of Hakeem (Nabil Rajo) and A-Mac (Jahmil French), who are itching to do anything but spend their days enduring classes in their Montreal high school.

They’re not bad kids, but they think they want to be. Hakeem, the child of immigrants, will do anything to fit in and A-Mac is entirely willing to exploit that insecurity. And it just so happens that Hakeem’s uncle (The Chi’s Ntare Guma Mbaho Mwine) owns a car dealership.

They steal the wrong car. They end up running from the police and the mob. And relative newcomer Rajo and Degrassi regular French are entirely believable as kids trying to fake their way through a situation they have no idea how to handle. They’re up for Canadian Screen Awards as best actor and best supporting actor, respectively, with Oluniké Adeliyi nominated for supporting actress as Hakeem’s mother. The film is also up for original song and overall sound.

Not much happens in Boost that will surprise anyone who’s ever seen a movie before. But Curtis freshens up the familiar premise with interesting locations, distinctive characterizations and genuine stakes. And it moves like a shot.