Borg Vs. McEnroe drops the ball on a fascinating historic tennis match 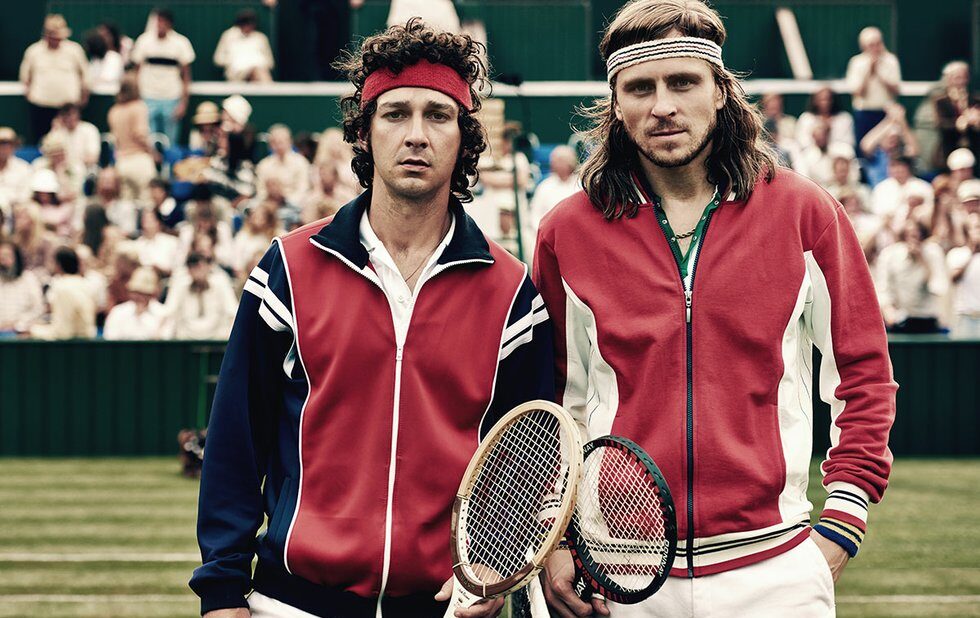 The famous confrontation between Björn Borg and John McEnroe at Wimbledon in 1980 gets packaged into a generic biopic drama by Janus Metz, director of the Afghanistan documentary Armadillo. (And yes, the filmmakers have changed the title since TIFF, where it opened the festival as Borg/McEnroe.)

Ronnie Sandahl’s script is frustratingly simplistic, quickly establishing that the real only difference between Borg and McEnroe was that McEnroe had yet to learn to control the single-mindedness that made him a great tennis player. And that’s as deep as it goes, illustrating that argument with flashbacks to their teen years as the big match approaches.

The actors are well cast. Shia LaBeouf captures McEnroe’s combative hostility, and Sverrir Gudnason recedes into Borg’s calculation and rigid physicality. But that’s all they’re allowed to do, and the film grows increasingly tedious the more Metz rehashes his thesis.

Stellan Skarsgård and Tuva Novotny do what they can with the roles of Borg’s coach Lennart Bergelin and fiancée Mariana Simionescu, and I appreciate whatever Robert Emms is doing in the margins as Vitas Gerulaitis. That guy’s in a much more interesting movie.