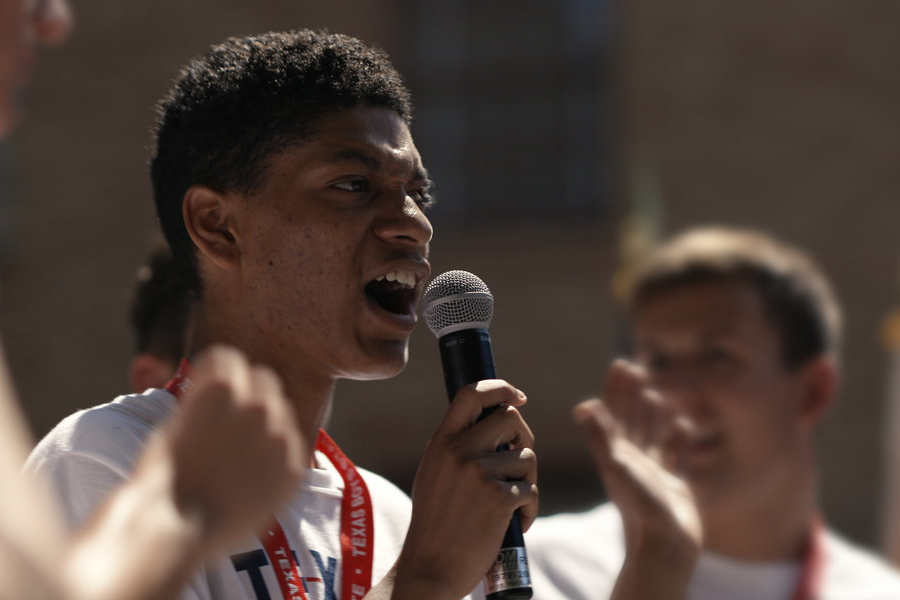 The Apple documentary Boys State shows us how the ideals of American politics are broken beyond repair. I’m not sure that was Jesse Moss and Amanda McBaine’s intent when they started production, but it’s absolutely where they’ve ended up. Maybe it was inevitable. And maybe it’s not just about America. Maybe this is where we’re all headed.

Moss and McBaine’s doc – which won Sundance’s grand jury prize in January – takes its title from an annual program, sponsored by the American Legion, intended to expose teenagers of a given state to the concepts of democracy and self-governance. Bill Clinton and Cory Booker took part when they were kids; so did Dick Cheney and Rush Limbaugh.

So every year, the Legion selects about a thousand teenagers, arbitrarily divides them into “Nationalists” and “Federalists” and pits them against one another in a series of games, debates and elections. (There’s a parallel Girls State program as well, but the two are kept entirely separate.)

In 2017, a group of Texas boys floated a motion that the state should secede from the union. It might have been a prank, but it passed, and so Moss and McBaine – married filmmakers whose body of work includes 2014’s powerful, compassionate The Overnighters – marshalled a team to cover the 2018 edition.

What they captured looks awfully familiar, especially in a week that saw Barack Obama call out Donald Trump’s inability to rise to the COVID crisis: some kids believe in the American experiment and work to convince others to join their efforts to make it accessible to all, while others just go for personal attacks and procedural loopholes to win the day, unconcerned with the bigger picture or the actual goals of government.

It makes for a gripping documentary, with subjects on both sides with whom viewers can identify, but you can also say that about footage of a snake eating a mouse.

From the hundreds of faces, Moss and McBaine eventually zero on a quartet of leads: Robert MacDougall, a jockish white kid with a retro haircut who looks like he’s arrived fresh off the set of Richard Linklater’s Dazed And Confused (or Everybody Wants Some!!), Steven Garza, the progressive son of Mexican immigrants; Rene Otero, a Black kid with a rigorous moral sense and withering timing, and Ben Feinstein, an aspiring intelligence operative who lost both his legs and the use of his right arm to bacterial meningitis at the age of two and has completely internalized the party’s message of autonomy and self-reliance. (He says he’s a big Reagan guy, but I got the sense he’d really love Alexander Haig.)

The process is the point

There’s beauty in watching one kid’s genuine epiphany when he loses a race to someone more deserving and more committed, and realizes they’re both better for it; there’s horror in watching another cheerfully explain that although he sees himself as pro-choice, he’ll happily adopt a pro-life stance if it brings him more support.

That moment, along with several others, is a reminder that although the Boys State program was created in 1935, it doesn’t seem to have been updated since then, expecting the participants to carry themselves like statesmen and respect each other above all else. It’s not really a concept that flies in today’s zero-sum America, where lying, cruelty and pandering are tickets to succeeding bigly.

Early on, we see a classroom of kids being read an excerpt from Neil Postman’s Amusing Ourselves To Death; by the end of the documentary, I was hoping someone might expose them to Kurt Vonnegut’s Mother Night, and its chilling reminder that we are who we pretend to be.

Moss and McBaine’s cameras roll as idealism and mendacity collide, over and over again, challenging the idealists and delighting their rivals, who just want to keep the argument going. The question is which group will learn more from the experience, and what they’ll do with it. I refer you back to my opening paragraph.