Gabrielle Union picture should work a lot better than it does 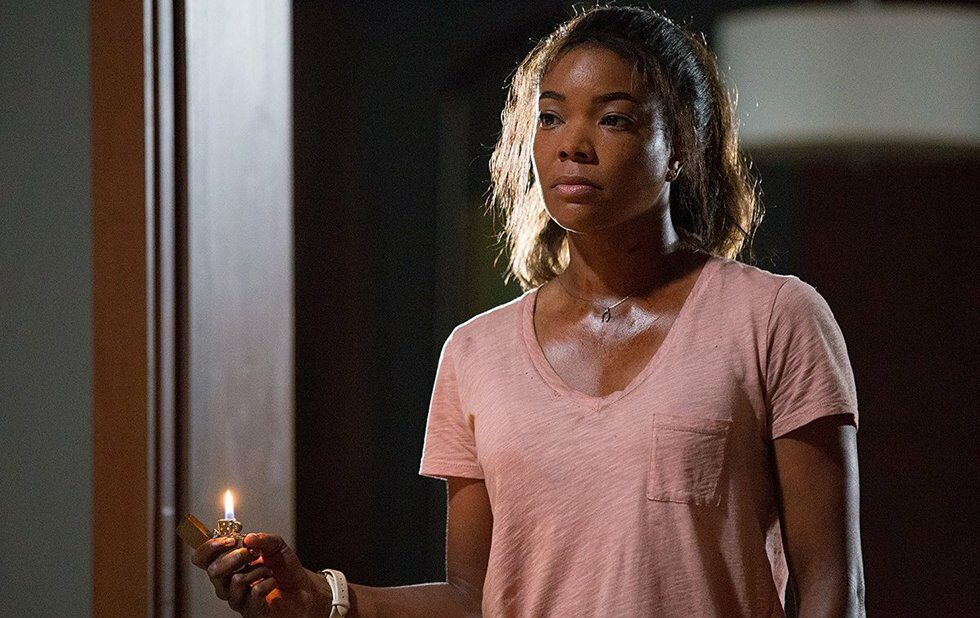 With a simple enough premise ripe for B-movie thrills, Breaking In should have and could have worked a lot better than it does.

The home invasion thriller inverts the Panic Room scenario. Mother of two Shaun (Gabrielle Union) finds herself on the outside of her shady late father’s heavily fortified mansion, while her kids are held hostage within by criminals scouring for a hidden safe with millions in cash.

The house is decked out with cameras, motion sensors, protective shields and a really terrific sound system, but the movie spends more time explaining the impressive tech (and not necessarily in plausible ways) than actually having fun with it. Shaun’s attempted break-ins regularly involve a door left open because these criminals, led by Twilight’s Billy Burke, can’t even figure out security 101, let alone make use of the fortress the movie’s premise depends on.

Inventive and resourceful filmmakers could have had a field day mapping out a cat-and-mouse game in this setting, but screenwriter Ryan Engle and director James McTeigue seem to just bide time with a slack back and forth where Union tippy-toes in and out while Burke continuously tells his henchmen (and us) how fierce a lioness like Shaun can be when protecting her cubs.

It can’t be stressed enough that this is the rare opportunity for a WOC who is not Halle Berry to headline a thriller. Union does fine work going through the requisite motions. The movie’s strongest bits tend to be the tender exchanges she shares with the terrific Ajiona Alexus (13 Reasons Why) as her daughter. Both women deserve more to work with.