Starring Benedict Cumberbatch, HBO's film dramatizing Britain's exit from the EU should have simmered for a little longer 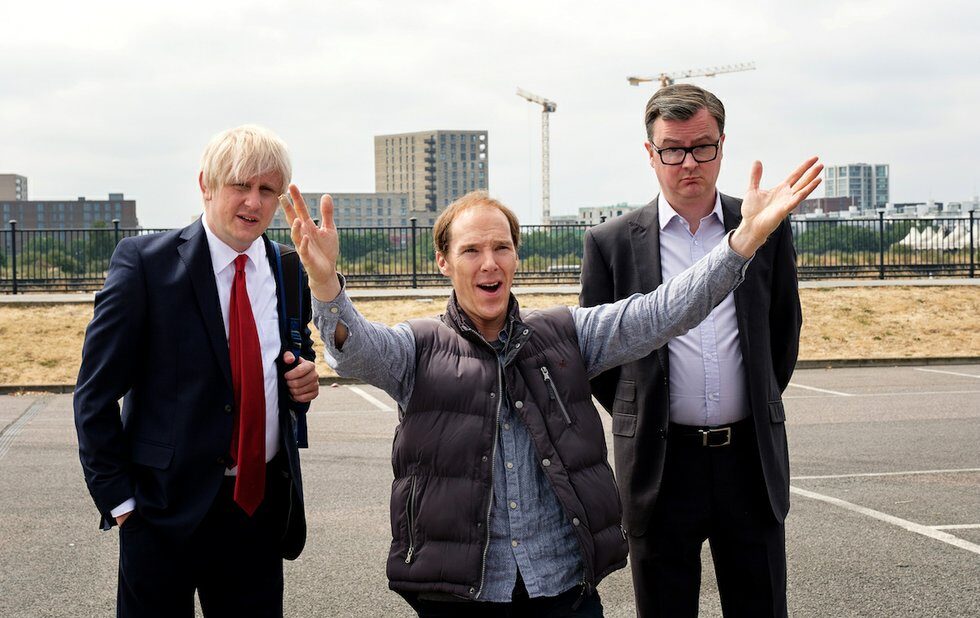 A ripped-from-the-headlines dramedy that maybe should have simmered for a little longer – at least until we know how it’s all going to play out – Brexit dramatizes the behind-the-scenes machinations that led the citizens of the United Kingdom to abandon the European Union in June 2016, a decision that continues to eat away at Britain’s identity and stability.

It’s the latest of screenwriter James Graham’s true political stories (after This House, Coalition and The Vote), winnowing the complex campaigns down to the perspectives of two political strategists: Dominic Cummings, who ran the Leave team, and Craig Oliver, director of communications to then-Prime Minister David Cameron, who ran the Remain side.

Benedict Cumberbatch is a good fit for Cummings, doing his quiet-arrogance thing with a thinning hairline, while Rory Kinnear gives Oliver an exasperation and creeping moral disgust that’ll be instantly recognizable to anyone who endured the Trump and Ford elections.

The movie’s perspective is simplistic, depicting most of Cummings’s comrades on the Leave side as caricatures – Lee Boardman’s Arron Banks is a coarse fool, Paul Ryan’s Nigel Farage and Richard Goulding’s Boris Johnson are blithering buffoons, while Oliver Maltman’s Michael Gove (for whom Cummings worked as chief of staff) is a hapless, wide-eyed dolt – while Oliver’s people are well-intentioned professionals blindsided by their opponents’ eagerness to lie, cheat and data-mine their way to a win.

Graham doesn’t do as much with the data-mining as he could have, preferring to dramatize Leave’s mendacity through scenes of focus groups and publicity stunts for all the talk of Facebook as a tactical tool, it’s odd that no one ever explains what the Leave team actually did with it.