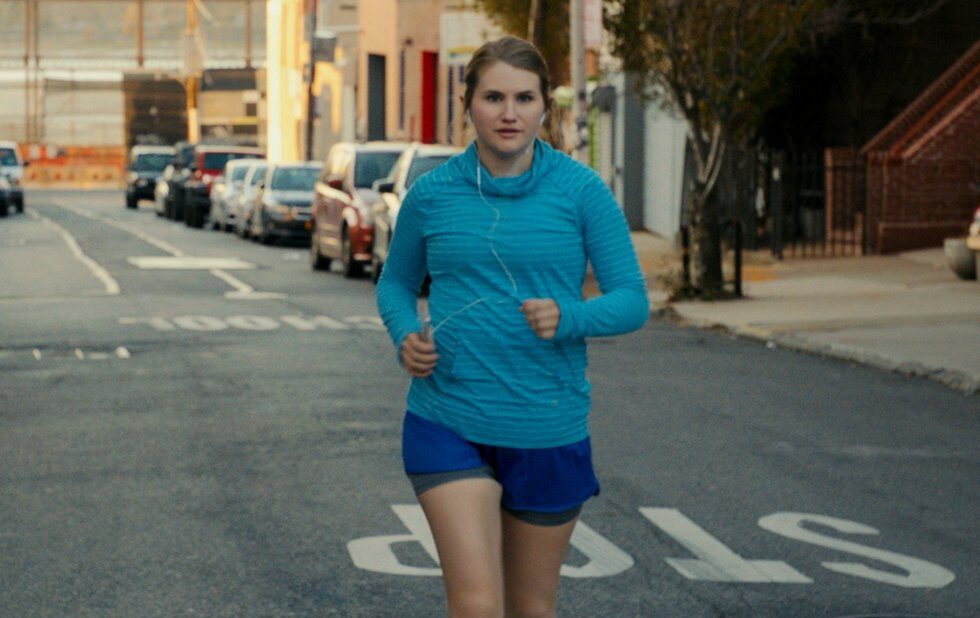 The Labour Day weekend is thought to be death for new movies, having been regarded as a studio dumping ground for decades. But sometimes we get a nice little surprise, like Brittany Runs A Marathon.

Paul Downs Colaizzo’s first feature isn’t going to change the world or anything, but it does gives Jillian Bell a much-deserved showcase as the eponymous Brittany, a hard-living Brooklynite who resolves to get into shape after a diagnosis of terrible health, only to find herself backsliding at every opportunity. In fairness, it’s not her fault that she’s ill-equipped to turn her life around she only went to that doctor to get an Adderall prescription and didn’t count on him being all conscientious about giving her a physical.

But the diagnosis of an unhealthy BMI and incipient fatty liver disease is enough to get Brittany to rethink her lifestyle of clubbing, binge-drinking and deep-fried everything. And so she decides to take up running. It does not go well. But she doesn’t quit.

Brittany Runs A Marathon could have been little more than a goofy comedy (see Simon Pegg in 2008’s Run Fatboy Run… or rather, don’t), but it turns out to be a little more thoughtful than its elevator pitch.

Sure, there are opportunities for Bell to suffer comically while running the gauntlet of a New York city block, but Brittany’s a fully developed character, and her situation plays out realistically rather than as a string of workout jokes. (Bell lost some 40 pounds over the course of the shoot, but we never get the feeling we’re watching a stunt.) Her defense mechanisms are well-honed and entirely understandable – like the awful Cockney accent she adopts the second she finds herself feeling uncomfortable – and when we start to get flashes of the warmer, less guarded person behind the barricades, well, that Brittany seems like someone worth rooting for.

The supporting players who enter her orbit are similarly complex people rather than types. Bell’s Sword Of Trust co-star Michaela Watkins does a lot with a smallish role of a brittle neighbour who tries to get Brittany to join her running group, and Utkarsh Ambudkar gives his shallow house-sitting hipster just enough warmth to be a credible love interest.

The beats of the plot are pretty standard: hero sets goals, experiences setbacks, learns it’s not the destination that matters but the journey and the friends we make along the way. But even though the film goes exactly where it says it will, it gets there on its own prickly terms, just like its hero.

And Bell, finally getting to carry a movie after years as a supporting player, never makes a wrong step.