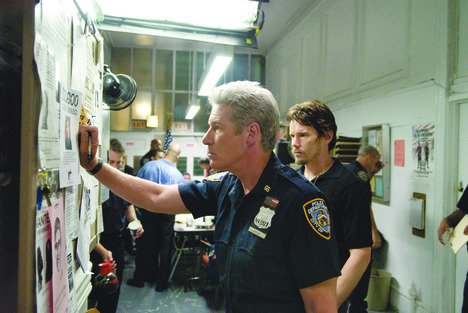 Richard Gere (left) and Ethan Hawke cop to it.

After a decade of undistinguished genre work, Antoine Fuqua tries to reinvent himself as his generation’s Sidney Lumet with this old-school police drama tracking three New York cops operating in the same precinct.[rssbreak]

Don Cheadle plays an undercover detective who cares too much, Ethan Hawke is a tactical officer who cares about the wrong things, and Richard Gere is a beat cop with a week left on the force who doesn’t care about anything.