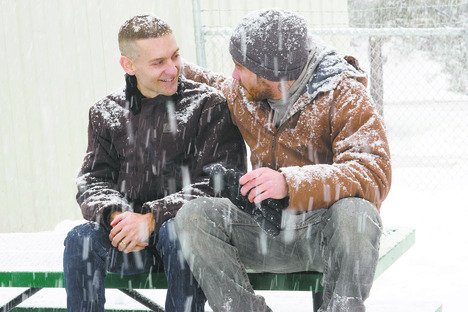 Tobey Maguire (left) and Jake Gyllenhaal are Brothers in arms.

Good-boy soldier Sam (Tobey Maguire) gets captured by the Taliban, and his family assumes he’s dead. When he miraculously returns, he discovers that bad-boy brother Tommy (Jake Gyllenhaal) has been getting close to Sam’s wife (Natalie Portman) and kids.[rssbreak]

Sheridan goes into Deer Hunter territory when it comes to demonizing the enemy, but he gets superb performances from his cast, especially 10-year-old Bailee Madison as the not-so-lovable older daughter, and the film’s emotional power can’t be denied. But it comes to an abrupt end at what should be the beginning of the last act.