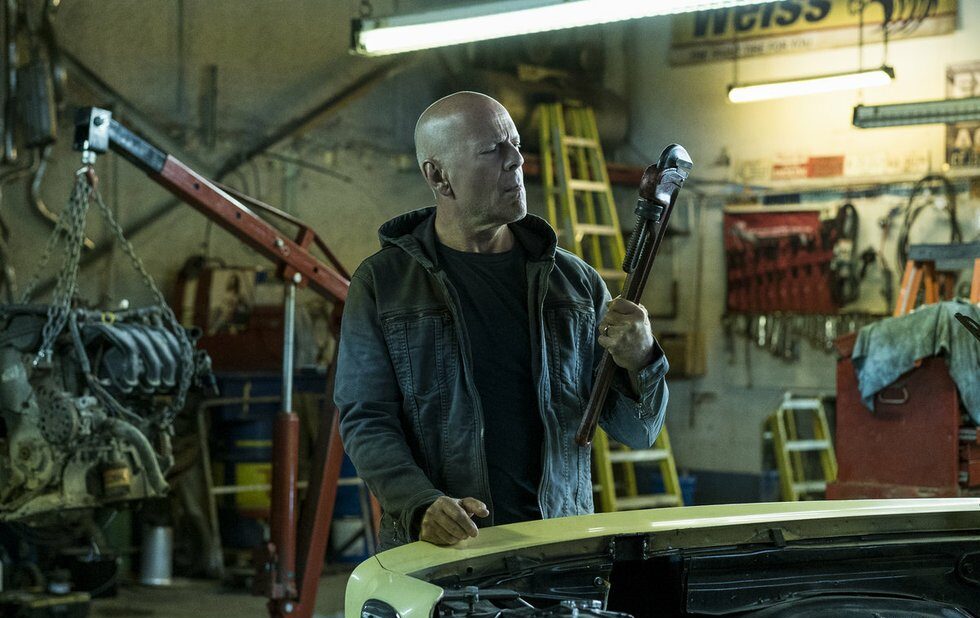 Does the world need another Death Wish? The concept is evergreen, I suppose: a decent family man turns bloodthirsty avenger after his family is touched by crime. But America is in a somewhat different place than it was in 1974, when Charles Bronson starred as the lethally disillusioned Paul Kersey. Hell, it’s not even in the same place it was a decade ago, when James Wan reworked Brian Garfield’s original novel into the grotesque Kevin Bacon thriller Death Sentence.

This new Death Wish, written by Joe Carnahan and directed by Eli Roth, shifts a few things around for the modern age: Kersey is now a Chicago trauma surgeon rather than a New York City architect, doing his best to keep people alive in a chaotic era rather than designing a better future. And he’s played by Bruce Willis, who is a very different kind of action hero than Bronson was he’s too thoughtful to play someone who shuts himself down to be a murderer. The result is a film that won’t stop arguing with itself. Willis’s impulse to play a tormented human being rather than a stoic assassin undercuts the cathartic action beats.

Roth clearly isn’t interested in exploring the prickly undercurrents of Carnahan’s screenplay, which seems ready to interrogate the moral swamp into which Kersey descends after his wife and daughter are shot in a botched robbery. Is he seeking his own annihilation, as the title of Garfield’s book has always implied? Carnahan might have gone that way, but Roth is only interested in street justice, served with as much brutality as possible.

This version dials down the sexual violence, an unexpected choice for the guy who made the Hostel films. (And yeah, the fetishization of American gun culture is awfully uncomfortable at my preview screening, the audience winced at the mention of an AR-15.)

But as unnecessary remakes go, this one has a strange pull. Willis is giving a genuine performance in the middle of all the carnage, building fine moments opposite Vincent D’Onofrio as Kersey’s screw-up brother and Dean Norris and Kimberly Elise as homicide detectives who come to suspect that their robbery victim might be a hoodie-wearing vigilante.

It’s just strange that the scenes that are supposed to be the most powerful – in which Kersey stalks the streets, looking for bad guys to kill – should be the least effective things in a movie called Death Wish.