Review: Bumblebee is a gentler take on the Transformers franchise 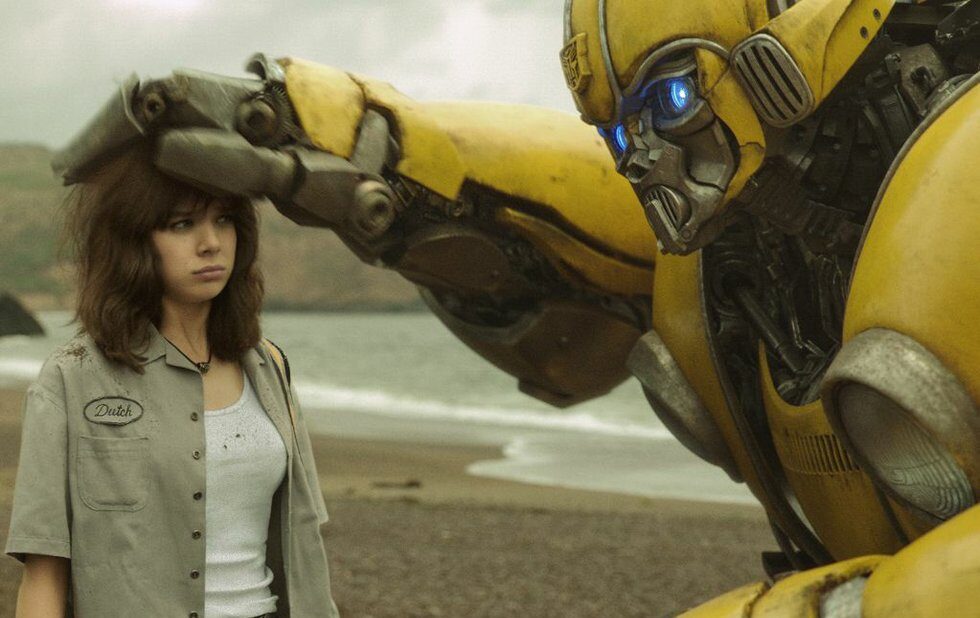 Breaking free from Michael Bay’s twisted metal barrage, Bumblebee is a relief for Transformers fans who can still enjoy the simpler pleasures from the 80s cartoon and the toys they were designed to sell. You don’t need much more than cars that turn into giant robots, a basic design buried in Bay-hem in previous instalments but recaptured in director Travis Knight’s gentler take on the Hasbro product line.

Knight’s previous film, Kubo And The Two Strings, was a beautiful and soulful coming-of-age tale unafraid to get dark to help kids grapple with death. He lightly applies such touches to Bumblebee’s mechanical design. The movie is all sweetness, calculatingly so, and it largely falls on star Hailee Steinfeld to give it a beating heart.

The clock’s turned back to 1987. Steinfeld’s Charlie stands apart from the stock California Girls surrounding her. She’s dedicated to cars because she can’t be bothered with people, not after her father’s death anyway.

In comes B-127, who Charlie dubs Bumblebee, back to his VW Beatle disguise. She salvages the car from a junkyard before realizing her new wheels are actually a robot refugee escaping war on Cybertron while being hunted by the Decepticons.

The action is purposely sidelined in a movie that focuses instead on a girl and her gentle robot. But even this welcome change of pace tends to feel committee-written, as if the producers realized that throwbacks to the movies that Spielberg (E.T.) and Joe Dante (Small Soldiers) used to make are actually effective (see Pete’s Dragon).

And so, Bumblebee has nostalgic nods with Alf playing on the television and music by The Smiths, and some pandering funny moments, like when Bumblebee toilet-papers a mean girl’s house or practices hiding on a beach by cowering his giant physique behind a sand mound instead of, you know, transforming.

The role is beneath Steinfeld’s talents, but her commitment actually makes the awkward teen comedy and slapstick bits work. She can’t do much with the sentimental stuff, which feels pasted-in from a genre manual.

Eventually the Decepticons catch up, having manipulated the U.S. military to aid in their hunt for Bumblebee. John Cena is in this mix as a Special Forces commander, the only one who hilariously points out the red flags in robots that call themselves Decepticons.

The metal-on-metal violence here won’t blow you away, if that’s what the Bay movies did. Bumblebee is much smaller in scale, and all the better for it. Battles between two robots are in full view as opposed to the chopped-up incoherence of previous movies.

At one point, Charlie sprints toward a target through a melee between Bumblebee and a Decepticon, the camera tracking her while the robots keep punching and kicking each other back into the frame so that the shot never loses them. By keeping all that action legible in a single shot, Knight straight-up trolls Bay.