Review: Can You Ever Forgive Me? is a darkly funny literary biopic 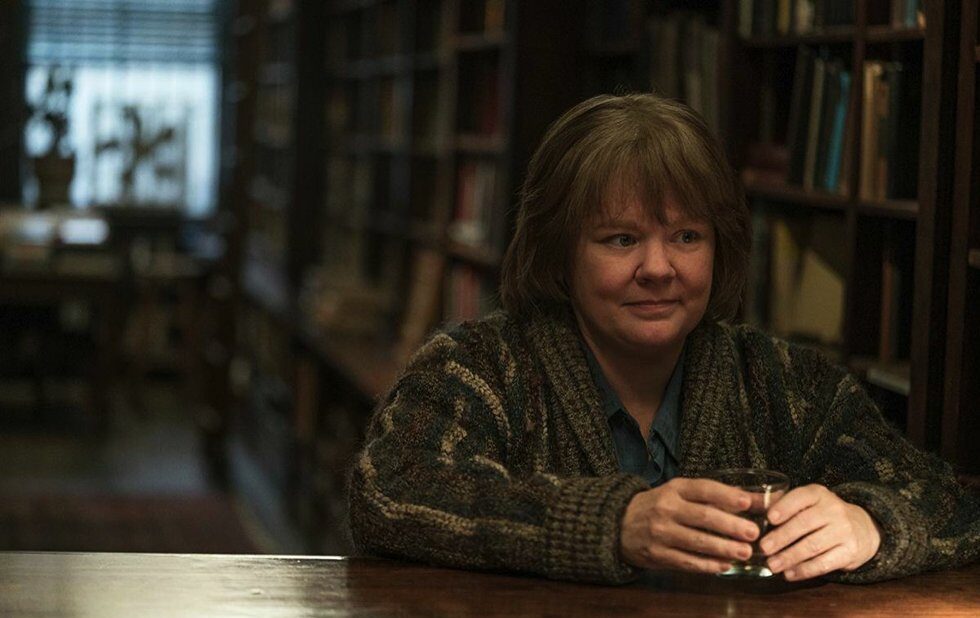 Weeks after catching Can You Ever Forgive Me? at TIFF, I was surprised to learn that Melissa McCarthy wasn’t the first choice to play Lee Israel. Julianne Moore had been set to play the author-turned-fraudster back when Nicole Holofcener was going to direct the adaptation of Israel’s memoir back in 2015.

The project collapsed just days before shooting was to start and wound up being directed by Marielle Heller, with McCarthy in the lead. Moore is a brilliant talent but, well, McCarthy just is Lee Israel.

Israel, for those of you who don’t follow the tiny little twists of early 90s New York literati, was a bestselling biographer who found her true calling when she started writing fake correspondence from the likes of Dorothy Parker and Noël Coward and selling it to collectors for quick cash. Because she was operating in the pre-internet days – and because she was a damn good writer – she managed to get away with it for quite a while.

Can You Ever Forgive Me? encourages us to sit back and enjoy Israel’s ride, which is structured as your basic rise-and-fall narrative. Holofcener and Jeff Whitty’s script gives the whole thing snap and style – I suspect the more cutting observations about entrenched sexism in the New York literary scene are the reason Holofcener was drawn to the project in the first place – and Heller (The Diary Of A Teenage Girl) applies a fine sense of period texture to the whole thing, shifting between the luxe interiors of literary parties and Lee’s rundown apartment building.

Heller also gives Richard E. Grant the plum role of Lee’s enabler/accomplice Jack Hock. He’s an older, even more rotted version of the shambling alcoholic Grant embodied in Withnail & I, and the actor rips right into it, delivering every line with a sort of curdled whimsy.

Grant and McCarthy have a disreputable chemistry that works like cognac on a winter’s night, warming the film from the inside out. It’s okay to get drunk on it.