The first film in the Marvel Cinematic Universe with a female out in front isn't enjoyable, but it has nothing to do with the film's politics or its terrific cast 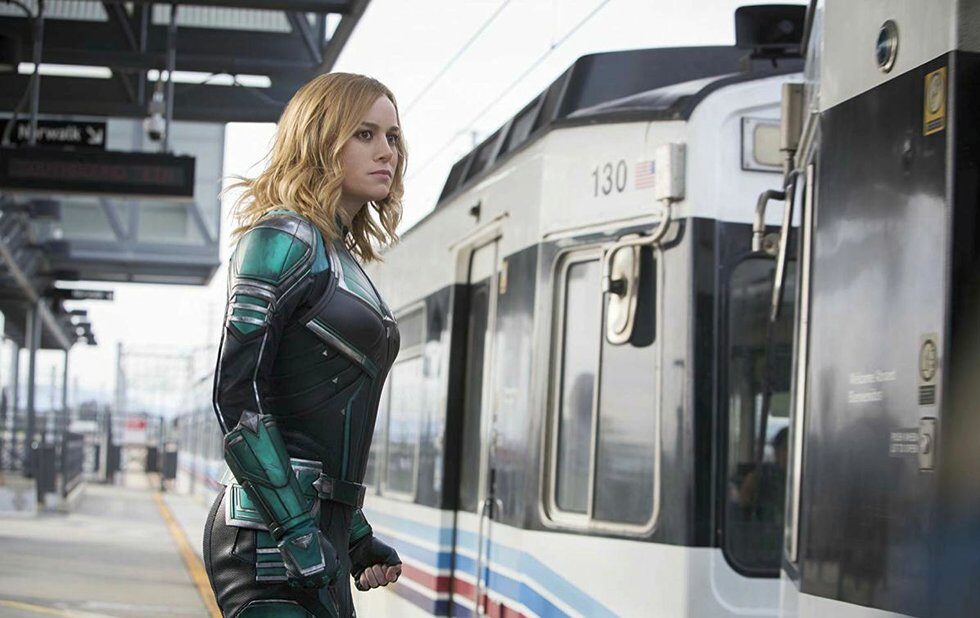 Brie Larson does fine with the crumbs she's been given as Captain Marvel.

The Marvel Cinematic Universe’s first female-led title, Captain Marvel, has become a target in an online culture war. Internet trolls or, as my colleague Norman Wilner so precisely labelled them, man-babies, flooded websites with negative audience reviews, taking issue with the feminist politics waved around by both the movie and its star, Brie Larson.

The stakes being what they are, it’s tempting to spin an overwhelmingly positive take on Captain Marvel just to shove it in those man-babies’ faces. But while I find Larson’s politics agreeable, I can’t say Captain Marvel is enjoyable.

Screw everyone for putting such unfair stakes on factory-issue MCU fare, anyway. Few Marvel movies with their CGI pew-pew-boom and predictably cheeky gags can handle issues bigger than “Where did I place that last infinity stone?”

Marvel is partly to blame for the situation. A decade in, with 20 titles under its belt, and only now do they put a female out in front.

Captain Marvel makes an obvious attempt to rewrite that history, going back in time to the mid-90s and retroactively positioning Larson’s Carol Danvers as the original Avenger. I know, I know. Captain America was introduced as “The First Avenger” and he’s Second World War-era. But Carol met Nick Fury first!

Samuel L. Jackson, de-aged by the kind of computer wizardry that will write humans out of the future, plays the young Fury. He shows up on the scene when Carol crash-lands from outer space, wielding photon blasters for hands and a complicated-ass backstory.

What fleeting memories she does have from her life as a human all have to do with being dismissed for her gender. That’s just one way Captain Marvel hangs Carol’s emotional arc on her sex. Instead of treating feminism as a structuring ideology to jump off from – like Wonder Woman so winningly did – Captain Marvel can’t seem to see beyond the idea that Carol is a woman. It effectively makes feminism a target, a goal to be achieved in ways that feel more self-congratulatory than progressive.

Larson and Jackson (and a damn fine supporting cast) have very little opportunity to work up an engaging chemistry beyond short emotional bursts and comic relief. They’re simply burdened with too many agendas: beyond everything mentioned above, the movie also has to serve up the ho-hum superhero theatrics while building the connective tissue between this movie and the MCU.

The saddest thing about Captain Marvel’s failures is that the man-babies will place the blame on Larson, a wonderful actor who does fine with the crumbs she’s given.

Larson in particular has irked the man-babies. Her initiatives to diversify the press who have access to screenings and interviews were perceived as an affront to white males. (For the record: the Captain Marvel screening I was at in Canada was attended by overwhelmingly white press, so perhaps we’re still waiting on some trickle-down effect with such initiatives.)

I’d like to see Larson get results with her efforts for inclusion. And I’d like to see her star in a better Captain Marvel movie in the future. And neither one of those things should determine the success or failure of the other.