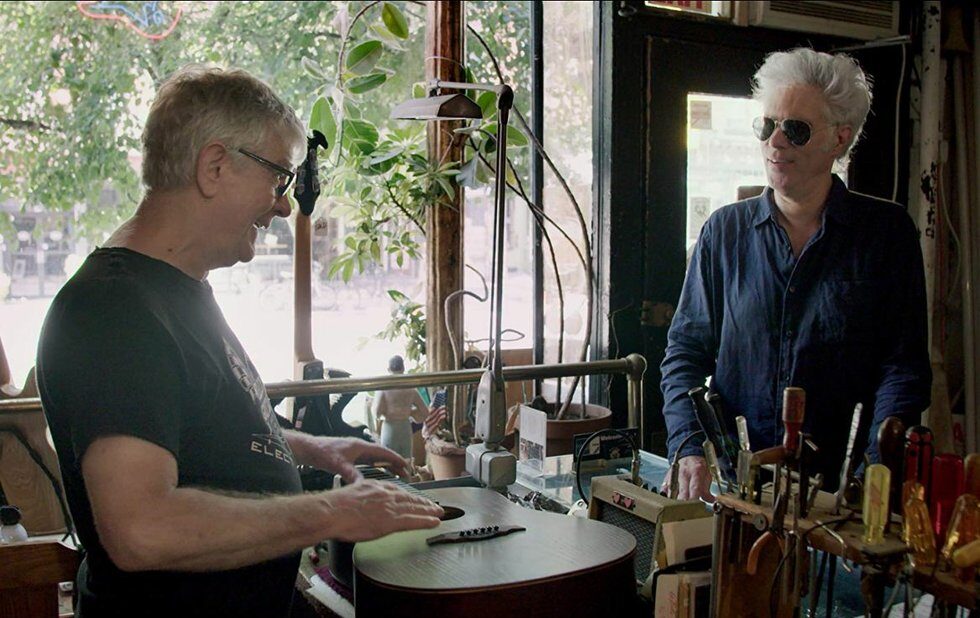 Carmine Street Guitars is a little shop on a little street in Greenwich Village. I’ve walked past it a few times over the years – my favourite restaurant in New York is just a few blocks away, in SoHo – but I’ve never gone inside. Now I very badly want to, even though I can’t tell one fret from another. I just want to smell the history in the air.

The shop is owned by Rick Kelly, a gentle, deliberate craftsman who builds bespoke instruments out of old wood, often sourced from highly unlikely locations. New York being New York, he’s had no shortage of clients over the decades the photos dotting the shop are enough to impress actual rock stars who notice them out of the corner of their eye.

Toronto documentarian Ron Mann doesn’t do anything all that fancy in Carmine StreetGuitars, his record of a week in the life of the shop. He just sets himself up to see who comes in, what they’re looking for and what they talk about.

Some of the cultural figures who drop by, in no particular order: filmmaker Jim Jarmusch, Dallas and Travis Good of the Sadies, the Roots’ Kirk Douglas, the Fiery Furnaces’ Eleanor Friedberger, jazz guitarists Bill Frisell and Marc Ribot, Lenny Kaye of the Patti Smith Group. Some of them play music. Some of them are just there to shoot the shit with Kelly and maybe check out the specialty guitar he’s building for McSorley’s Old Ale House. We watch over their shoulders as he works on the piece. It’s beautiful.

Sometimes Mann takes a moment to watch Kelly interact with his mother, Dorothy – who, at 93, still insists on straightening up the place – or his specialist Cindy Hulej, who etches elaborate designs onto his guitars and would really like Rick to be more active on Instagram. He’s not interested. That would require him to get a smartphone, and really who needs that?

That’s pretty much the whole movie – just the back-and-forth of various personalities who all share a love of music. Mann’s out to capture a specific mood of artisanal appreciation, of the warmth that comes from knowing the person on the other side of the counter gets you.

Carmine Street Guitars has the feeling of a lazy, pleasurable jam session, flowing along pleasantly for an even 80 minutes. The only real tension arises when a realtor drops by, reminding us of the constant, grinding gentrification of every corner of Manhattan and that sooner rather than later Kelly and his shop will be priced out of the neighbourhood.

Kelly doesn’t have any plans to leave, and it’s likely that his customers would follow him wherever he goes anyway. Maybe that’s why Mann’s film doesn’t seem terribly concerned about the future. As long as the man has breath in his body, Rick Kelly will be set up at a workbench somewhere, doing the thing he does better than anyone else.