Cars 3 gets some mileage from an intriguing story angle 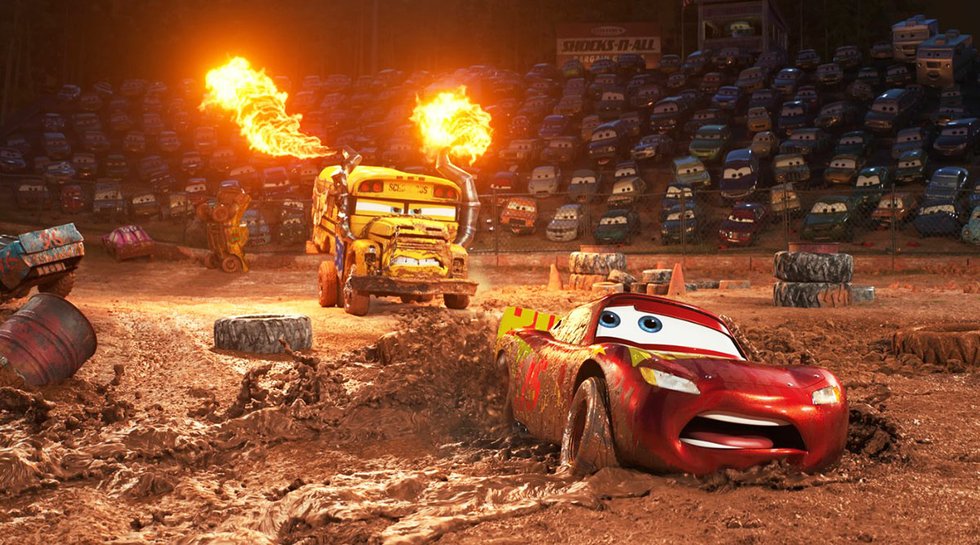 Does the world need three Cars movies? Probably not. But after 11 years, various spinoffs and a crap-ton of merchandising, Pixar’s talking-vehicles franchise finally produces an instalment that feels like it’s about something.

Not right away, mind you. For much of its running time, Cars 3 is simply content to get the series back to its perceived strengths after the insufferable foolishness of the first sequel, where dumb-ass tow truck Mater (voiced by Larry the Cable Guy at peak caricature) got caught up in a spy adventure for no particular reason.

Taking over for John Lasseter, director and co-writer Brian Fee spends much of the first hour of Cars 3 doing his best to show us he knows what works and what doesn’t, and what works is Owen Wilson’s cheerful Lightning McQueen racing around speedways.

But Lightning is an older model, and he’s having trouble keeping up with a new generation of racers engineered for drafting and wind resistance and all the other new things cars can do, I guess. So he reluctantly turns to high-tech trainer Cruz Rodriguez (Cristela Alonzo) to get his edge back.

And thus we have returned to the core concept of Lasseter’s first Cars movie, only on the West Coast instead of in good ol’ Radiator Springs. It’s bright and shiny and a little simplistic, and paced slowly enough that we have time to get really frustrated by the logic underpinning its magical world of anthropomorphic autos.

Who’s designing the new racers? How does technology progress? How does all the complex computer stuff function when no one has hands to work a touchscreen? Who thought the scene in a bar where older vehicles discuss the racism and sexism of the past was a good idea? (Seriously, it’s not: this series is simply not capable of engaging with the concepts beyond “Well, some cars are old and black and sound like State Senator Clay Davis from The Wire, while other cars are old and female – I guess? – and sound like Beloved Character Actress Margo Martindale.”)

But just when I was ready to check out, Fee and his screenwriters find a story angle that genuinely surprises, breaking up the sensory overload of the series’ endless racing sequences and investing Cars 3 with real stakes.

And if that angle pisses off a certain subset of the series’ fans, well, they’re usually pretty pissed off anyway.