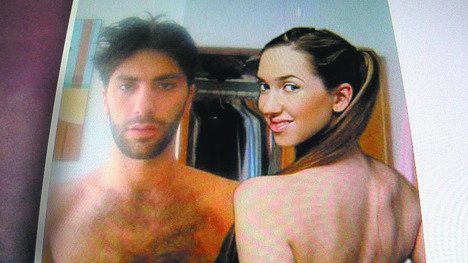 Catfish is a lightweight documentary that begins with an online friendship between young New York photographer Nev Schulman and Abby, an eight-year-old from Michigan who emails him for permission to make a painting from one of his photos.

Online romance blossoms between the photographer and Abby’s older sister, Megan, but when he goes for a face-to-face meeting, deception is revealed.

The deceiver is neither a drooling pervert nor obviously crazy, but the filmmakers don’t dig too deep. There’s no background check info or in-depth interview with the little girl.

Directors Ariel Schuman (the photographer’s brother) and Henry Joost toss in lots of computer imagery and effects. That keeps things moving until the mid-point slump. By then we’ve guessed what’s coming, but have to wait while the photographer tries and fails to arrange a meeting.

The eye candy makes a point about the plasticity of digital information, but in the end this is merely a cautionary tale about the dodginess of internet relationships – and that’s old news.