But when she’s not onscreen the espionage film drags 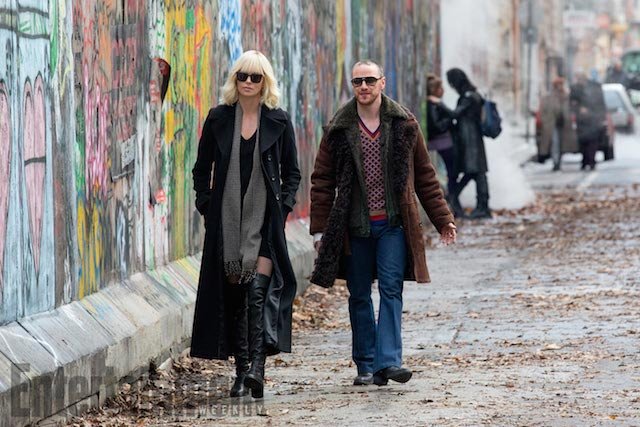 In Atomic Blonde, Charlize Theron’s hands are hypnotic. It’s the way her fingers can stretch out over the edge of a bathtub or how elegantly they clutch at ice cubes used to treat her battered body before being dropped in a glass to chill vodka or how those hands slink down her leg to remove a red stiletto, which is promptly applied to puncturing a Russian goon.

As directed by David Leitch (half of the duo behind John Wick), Atomic Blonde lingers on these details, finding exhilaration in Theron’s physical performance as a bone-crunching Cold War spy, detailing how she moves with the sleekness of a boa constrictor before that deadly grip comes to play.

Leitch dazzles with slow, icy, neon-lit tableaus and long takes where expertly choreographed pandemonium breaks out as Theron’s Agent Lorraine Broughton earns her bruises with style. It’s a movie that finds simple (and familiar) pleasures in the way its star can own her feminism and also more conventional ideas of femininity at the same time. She’s both sexy and lethal in couture, and in one sequence uses everything in a kitchen to mop the floor with a room full of men.

Atomic Blonde doesn’t need anything more than that or perhaps it’s incapable of more. But it drags out a convoluted espionage plot anyways. James McAvoy, John Goodman and Eddie Marsan take up far too much screen time as mystery men who circle Lorraine, and keep on circling until intrigue gives way to monotony.

Because that stuff is so inconsequential, it wouldn’t hurt to take a half hour nap through it all until a kick in the balls wakes you up again.