Reboot of the horror franchise trades a soul-seeking spirit for cloud-connected AI... but don't worry, he still murders people 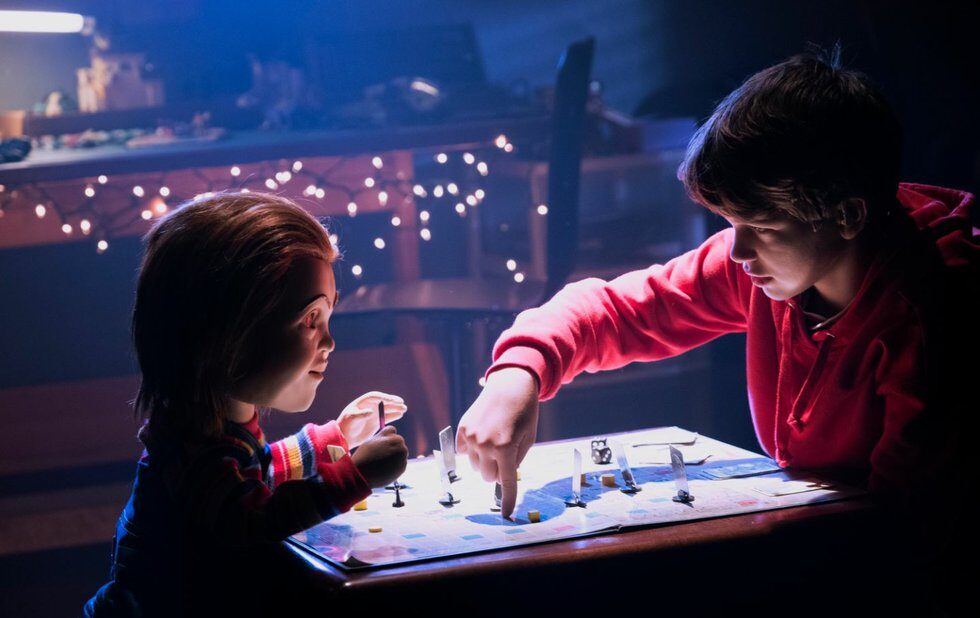 I did not expect much from the Child’s Play reboot. The fondly remembered, supremely ridiculous franchise about a Cabbage Patch knock-off possessed by the spirit of a serial killer (Brad Dourif) fully exhausted its premise over seven feature films, and honestly who even remembers Cabbage Patch Kids anymore?

Yet here is Lars Klevberg’s brand-new Child’s Play, which finds a way to bring the property up to date and still acknowledge that the whole thing is pretty dumb. And as a result, it’s pretty good. It’s certainly a lot better than it could have been, anyway.

Tyler Burton Smith’s script is much smarter than it needed to be, abandoning the soul-swapping conceit and reimagining Chucky 2.0 as a cloud-connected AI with all of its behavioural restrictions removed. (He can turn on your TV and trigger your Cuisinart! No danger there, surely!) And when a disgruntled tech worker at the Buddi factory flips one unit’s switch from “good” to “evil,” the damaged doll ends up with lonely tween Andy Barclay (Gabriel Bateman). Andy’s initially delighted to have a best friend, until said best friend starts strangling pets in front of him.

It’s all about the tone, really, and Klevberg – making the jump to features after several shorts in his native Norway – finds one that works. He doesn’t really try to make Chucky scary even when the doll’s eyes glow angry red rather than cool blue, it’s not exactly threatening. And Mark Hamill, who voices the doll this time around, totally gets it, injecting confusion and even a little pathos into Chucky as it tries to figure out what is and isn’t appropriate behaviour for a homuncular killing machine with no moral centre… and eventually decides it doesn’t really care.

Mostly realized through practical effects and puppetry, this Chucky is creepy at best, especially when trying to look adorable – but again, the script uses that to its advantage. The whole series has been ridiculous, but only a handful of instalments have really embraced that this new Child’s Play is willing to let its star attraction be the butt of the joke, as long as he still gets to go for full-on bloody murder every now and then.

As a riff on that Simpsons episode with the killer Krusty doll, it’s pretty satisfying. It also, weirdly enough, adds to the long-simmering industry campaign to create an Oscar for casting directors whoever landed Aubrey Plaza and Brian Tyree Henry in the key grown-up roles of Andy’s mom and police detective Mike Norris deserves a whole bucket of statuettes. Plaza and Henry bring a sly comic edge that brightens their otherwise rote characters, and gives us a genuine interest in their storylines rather than just having them be oblivious grown-ups.

The kids aren’t bad, either. Aging Andy up from a kindergartener makes him a plausible patsy for Chucky’s antics, and Bateman does a nice job of playing Andy’s anxiety and resolve. There are even other kids around this time (The Exorcist’s Beatrice Kitsos, Wonder’s Ty Consiglio) to bounce off, so Andy isn’t exclusively stuck in dark rooms with his plastic pal. These are just a couple of small decisions that make the movie stronger without diluting its core elements.

So that’s the new Child’s Play, everybody. Keep your expectations low and you’ll be pleasantly surprised. And remember: if you want to see a movie that really grapples with the existential horror of semi-sentient plastic existence, Toy Story 4 is playing right next door.